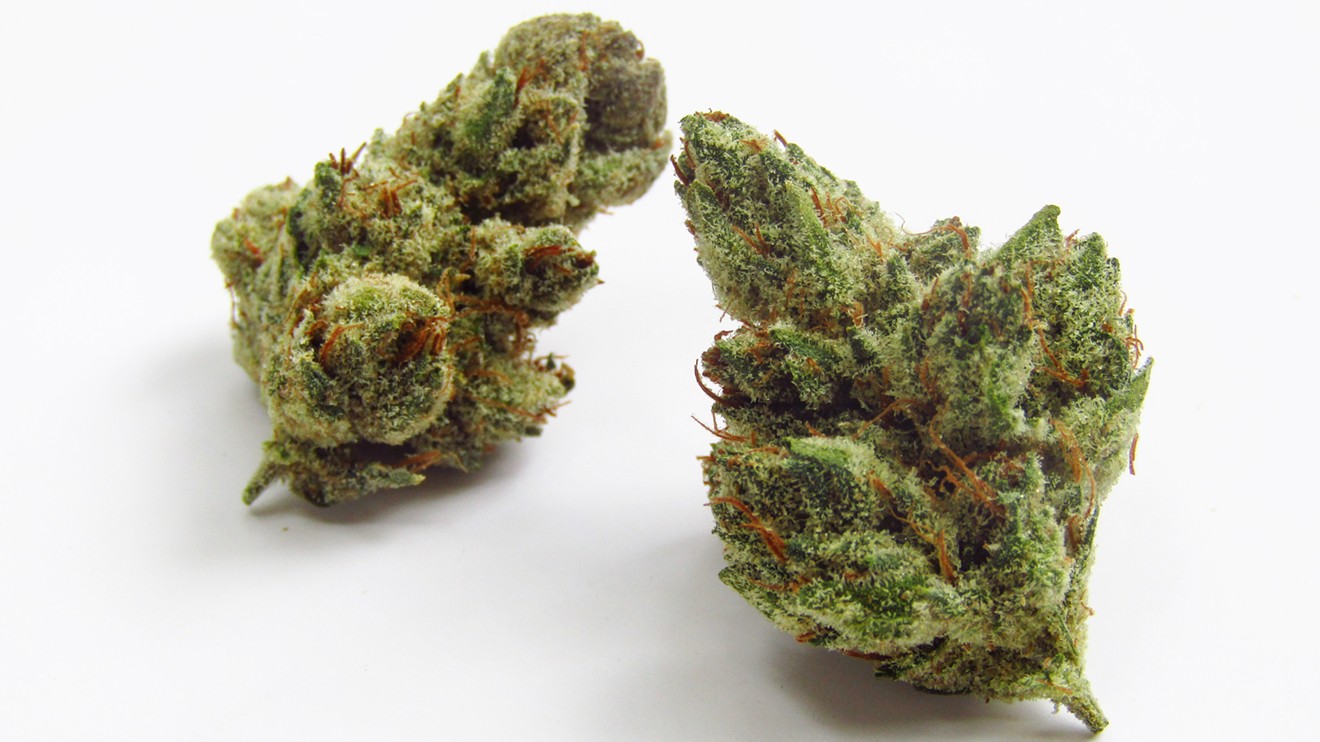 If my Trix can’t be shaped like fruit anymore, then nugs are a close second. Herbert Fuego
Conspiracy theories have never been more popular. As a journalist, I tend to wait for the facts to come out before believing in lizard people or the Deep State. But don't bother telling me truths that I don't want to hear about the shape of Trix.

During my childhood, the puffy cereal came shaped like cartoon versions of fruit. "Trix are for kids," advertisements proclaimed. And apparently this statement is no joke, because when I opened a box of Trix one day in college, the fruit shapes had been replaced by circular puffs. My Trix had turned into Kix, and my life has only been grayer since then. General Mills can insist that the American version of Trix reverted back from fruit shapes to the original circular puffs in 2007 all it wants, but I refuse to believe the mainstream media on this one. And since other countries don't want our nasty asses visiting them right now, I have no choice but to assume I'm right.

If I can't have runt-sized watermelon slices for breakfast, I'll take sticky, purple nugs named Trix as a consolation. The weed world's knockoff attempt on my long-lost breakfast — a hybrid of Chemdog D and Colombian Gold from Riot Seeds — succeeds at quieting some of those cravings while proving that Cookies strains aren't the only ones that create a flavor fresh out of the oven.

Trix's flavors almost smell baked into the weed, as dumb as that sounds, but with biscuity aromas backing up those berry scents, you'll understand what I mean as your pupils turn into every fruit on the slot machine. The strain's morning implications are confirmed by an upbeat high that enables conversation and enough focus to get by, though a 20 percent THC potency can create a thin line between semi-high task-finisher and stoned dilly-dallier. A cup of coffee is usually enough to snap me out of it, but I've seen Trix turn novices into dried-out mutes, so don't get lost in the cereal box.

We've seen Trix at Emerald Fields and Kind Love, and can only assume that wholesale cultivators are spreading it around farther than Glendale. Kind Love's in-house cut, coated in more sugar than the cereal puffs themselves, is my favorite so far. Here's hoping it sticks around for longer than a limited time.

Looks: Pointed, dense buds showcase their older Chemdog genetics while maintaining the forest-green calyxes and long, orange pistils of Colombian Gold. And no strain named Trix would be complete without purple spots, of which there are usually many.

Smell: Potent whiffs of blackberries are layered with sweet, yeasty hints of biscuits, spicy pine and a significantly nutty back end, similar to Granola Funk or the hash PB&J sandwiches I make for long road trips. Some versions of Trix carry more fuel-forward aromas, as well.

Flavor: Trix fails to deliver the same ride to my tastebuds, but that doesn't mean the strain is lacking in fruity, nutty flavors. It's just that the grainy notes of pine and a spicy, rubbery aftertaste are even stronger.

Effects: For experienced users, the energy is sudden but not disorienting or uncontainable. My focus starts to wane after the second bowl or a full joint, but Trix's high is relatively responsible for the daytime, allowing me to handle chores or an unexpected call or email without breaking a sweat. That's asking a lot from most head highs.

Home grower's take: "Popped a few from an online seed bank I trust last year. It took longer to fully flower — three full months — than I wanted, but the yield was good, and the buds came out great-looking. They almost got too big and dense, but they're sort of long, too, so they look like those old Panama Red and Colombian Gold buds Cheech and Chong smoked — only I'm sure this smells a lot better and hits harder."