Reader: The Avs Came to Play...and to Party! 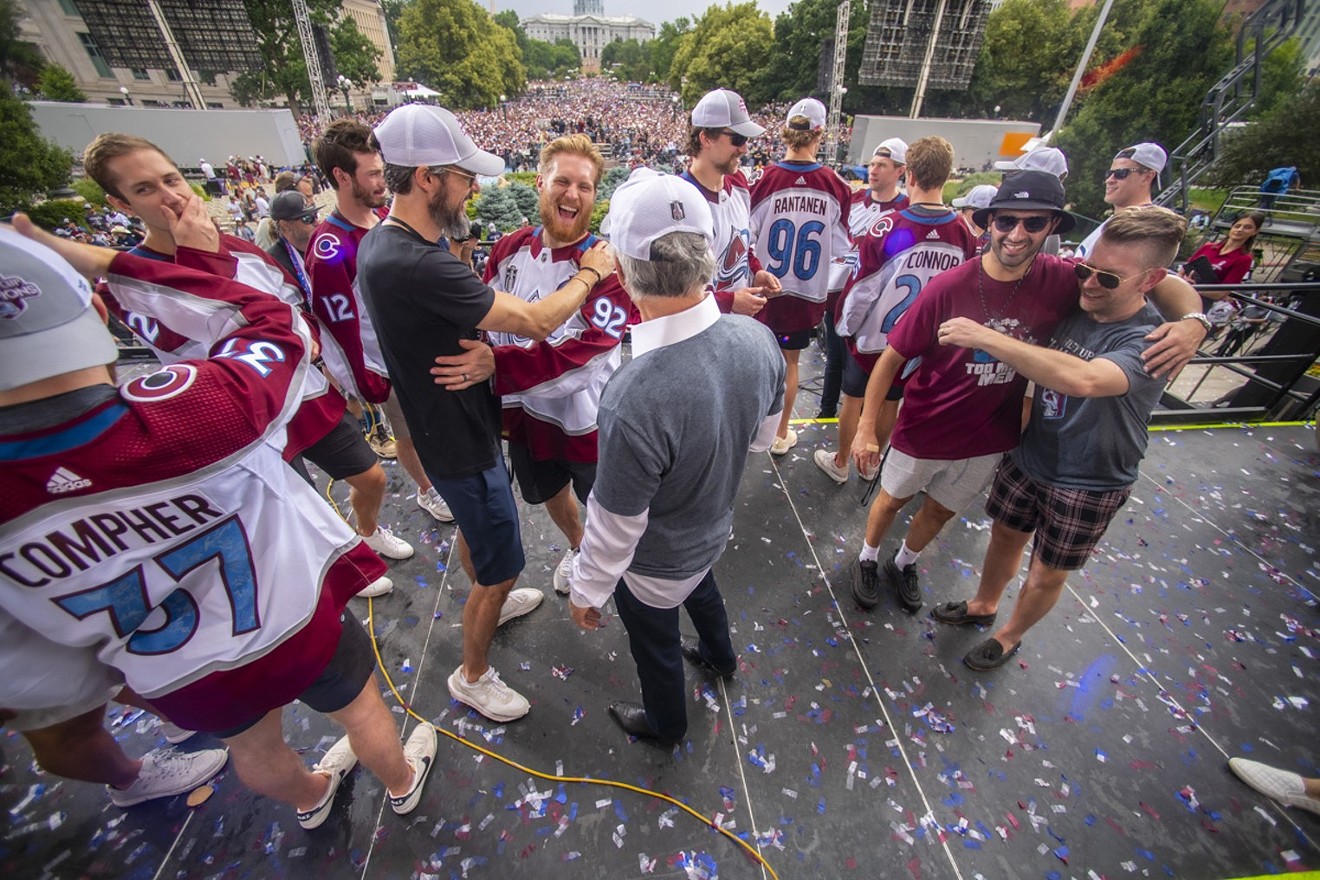 Gabriel Landeskog at the rally. Evan Semon
"You guys have been fuckin' amazing," a happily fried Gabriel Landeskog told a crowd of an estimated 200,000-plus people who gathered in downtown Denver for the Stanley Cup parade and rally on June 30. Winning a Stanley Cup is physically, mentally and emotionally exhausting — not that we would know personally, but it was easy to recognize a team letting it all hang out during the celebration; beer and champagne flowed, words were slurred, and love was omnipresent.

Even in a city where more than half of the residents can't even watch the regular Avalanche series on local television thanks to the owner's ongoing spat, there was plenty of proof that Denver is one of America's strongest hockey outposts. Thomas Mitchell was on hand to take in the fun, and shared "Six Things I Learned at the Colorado Avalanche Championship Parade," including the fact that hockey has bad music.

In their comments on the Westword Facebook post, fans shared more about the team...and the author. Says Dan:

I f**king love this team.

The Avs came to play...and to party!

This is why hockey players are the best.

It was a lot of standing around waiting for things to start. Once the parade finished, we got to wait some more. The sound system only worked if you were close to the stage. Let's talk about Big Head Todd...weren't even good when they were popular. Did anyone care? At least have some more interesting music playing throughout the park next year when we do it again. And could the Avs players please wear their jerseys and ride in two to three vehicles? Not as well organized as it could have been. It's the freaking Stanley Cup! Don't half-ass it.


A delirious happy celebration after a lot of work! We also learned that 500,000 Avs fan did not destroy one single thing in our city and there were no arrests. Stort grattis till Landeskog och Rantanen.

Rantanen is a HUGE reason for their success.


A good time was had by all...some of the players were blasted.

What an absolute disgrace of an article.

Read that article here, and see our slideshow of the celebration here.

Were you at the Avs parade and rally? What did you think? Post a comment or share your thoughts at [email protected]
KEEP WESTWORD FREE... Since we started Westword, it has been defined as the free, independent voice of Denver, and we'd like to keep it that way. With local media under siege, it's more important than ever for us to rally support behind funding our local journalism. You can help by participating in our "I Support" program, allowing us to keep offering readers access to our incisive coverage of local news, food and culture with no paywalls.
Make a one-time donation today for as little as $1.