Reader: Safe-Injection Sites Have Been Successful in Cities Around the World 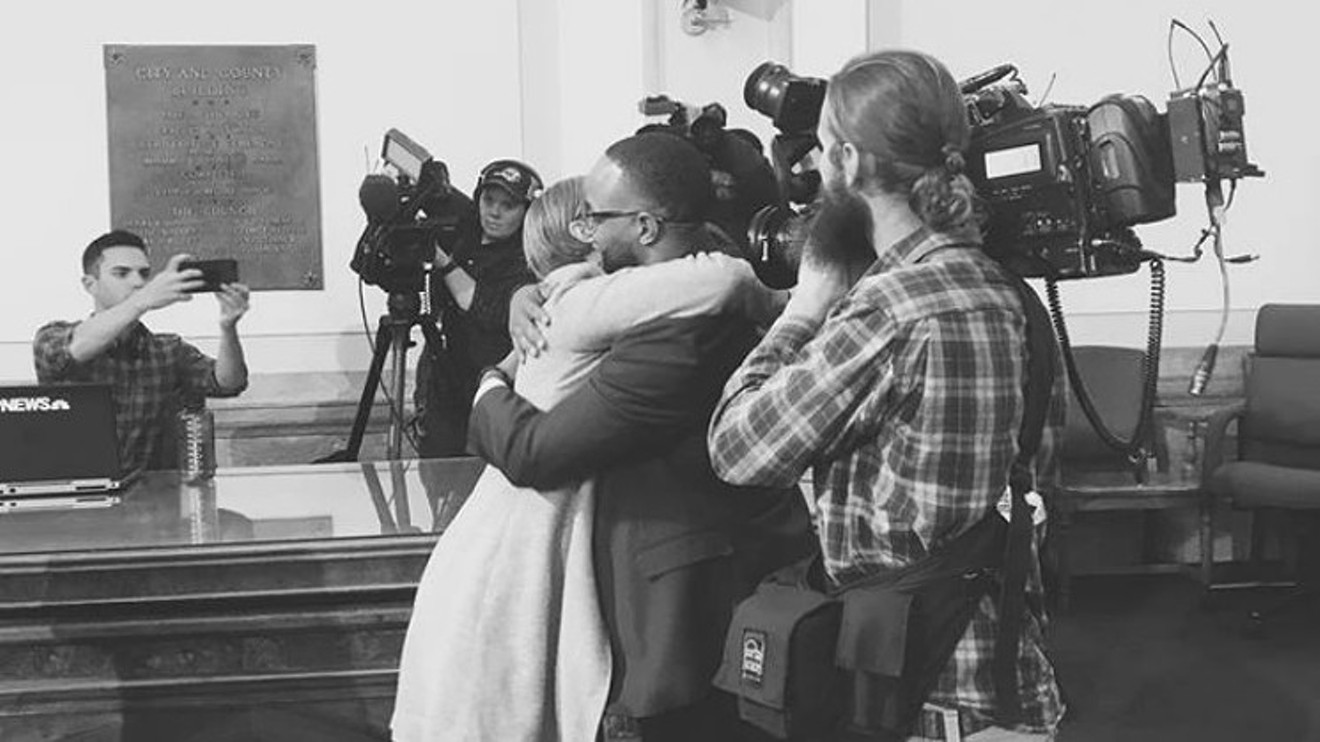 Denver City Council member Albus Brooks embraces Harm Reduction Action Center executive director Lisa Raville. Facebook
On Monday, November 26, Denver City Council approved creating a safe-use site for injection-drug users, pending approval of enabling legislation by the Colorado General Assembly. But a similar bill didn't make it out of the legislature last year, and if one does in the 2019 session, it would make Denver the only city in the country with such a site.

Vancouver does have such a place, as do some overseas cities. Still, safe-use sites continue to be a hotly debated idea to curb drug use and crime. And our readers are hot about them, too.


This action is nothing short of disgusting. It's appalling to every reasonable person.


Denver needs to, at a minimum, decriminalize all drug use. Legalization would be better. Victimless crimes aren't crimes. From that point, it is easier to procure voluntary non-tax base funding. Look to Portugal for how to develop policies to deal with this public nuisance.


Lots of pure ignorance in this thread. Cities around the world have adopted this practice and it has been very successful. It keeps needles away from parks and has actually helped in rehabbing a large portion of addicts. Hop on the trolley already and do a search for yourselves if you can comprehend how.

People are dying because drug suppliers are cutting product with Fentanyl and other lethal substances. At least addicts can make sure that they won't be dropping dead from what they're consuming. If these safe centers also provide information and resources for people who wish to get clean, then they are capable of saving many lives. It's been proven time and time again that the war on drugs is inefficient. It's time for better solutions.


So where are the marijuana smoking rooms with papers bowls and friendly people to make sure I don't over-smoke?


After the vote, Councilman Albus Brooks took to Facebook to share photos like the one above, in which he's seen embracing Harm Reduction Action Center executive director Lisa Raville, a longtime advocate of such facilities, which are also known as safe-injection sites. The images were accompanied by remarks that attempted to put the concept in context.

"There’s a national health crisis, and cities are on the front lines," Brooks wrote. "When we view people as simply 'addicts,' we rob them of their humanity, and it becomes easy to stigmatize their struggle or ignore their pain."

What do you think about safe-injections sites? Let us know in a comment or at [email protected]
KEEP WESTWORD FREE... Since we started Westword, it has been defined as the free, independent voice of Denver, and we'd like to keep it that way. With local media under siege, it's more important than ever for us to rally support behind funding our local journalism. You can help by participating in our "I Support" program, allowing us to keep offering readers access to our incisive coverage of local news, food and culture with no paywalls.
Make a one-time donation today for as little as $1.