Reader: Denver Has Some of the Worst Drivers Ever 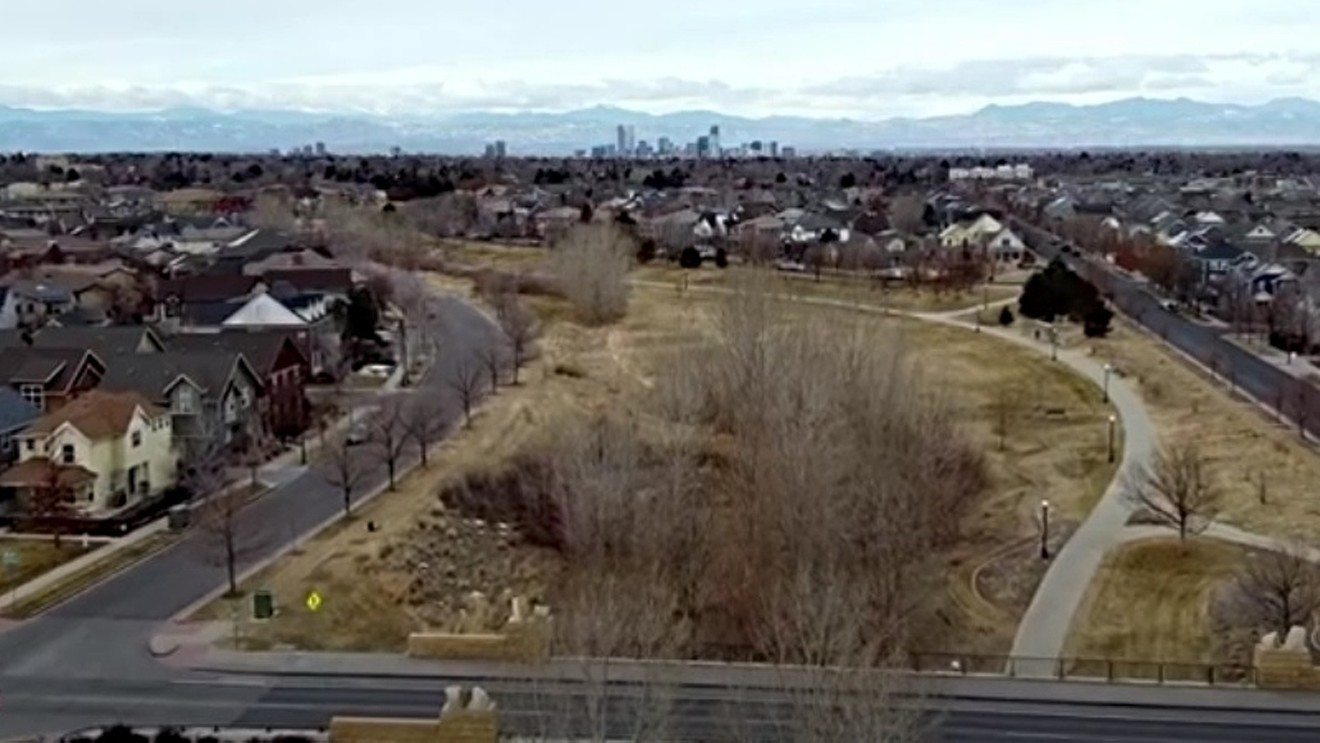 YouTube
While Denver's Vision Zero program has a goal of "eliminating traffic deaths and serious injuries by making our roadways safer for everyone," the streets remain deadly. Last year, 84 people were killed in vehicular incidents within city limits, and so far in 2022, there have been eleven fatalities.

And many more people have been injured in accidents that did not result in deaths. The most dangerous Denver neighborhood this year? Central Park, formerly Stapleton, which registered fourteen traffic accidents, including five hit-and-runs.

In their comments on the Westword Facebook post of the Denver accident stats, readers don't steer clear of sharing opinions. Says Fay:

Denver has some of the worst drivers ever.


People that hit and run are some of the lowest forms of humans.


Folks out here using hit and run as insurance.The voters getting what they voted for.

No driver's education requirement for decades, a culture of massive SUVs with no spacial awareness, tinted windshields, traffic patterns and signage from the '70s, and zero traffic law enforcement. What could go wrong?


North Central Park was poorly planned; there are houses ten feet from the street from Northfield to 56th Avenue and a huge high school on the corner. There is just to much traffic in that area.


I drive for a living...Central Park, City Park, Park Hill, East Colfax, Capitol Hill, downtown, etc....My head's usually on a swivel because the morons are usually plugged into their earbuds, eyes locked on their smartphones, or head down while texting as they blindly step off the curb into traffic without even looking for traffic, much less to see if they've got the green light.

I've seen idiots on bicycles riding down 13th or up 14th Avenue in Capitol Hill...even though 12th Avenue, a block or two over, has bike lanes and very little traffic. A few times these same idiots either cause cars to sideswipe other cars, moving or parked, because the bicyclist swerved out towards traffic. I've never seen one of those bicyclists even stop, even though they caused an accident. I've even seen a few hit parked cars.

If you're on foot, a skateboard or a bicycle: Unplug the earbuds, put away your phone and develop some situational awareness of your surroundings before you fatally become a speed bump or hood ornament. If you're in a vehicle, then watch out for the non-motorized.


I always find it interesting when people who identify as “professional drivers” talk about traffic in Denver and immediately burst into a monologue about how if pedestrians and bikers aren’t careful they’ll become “hood ornaments,” and how the media loves to publish that literal threat as if it adds anything useful to the conversation.

I walk in the city every single day and drive in it regularly as well, and I can tell you with certainty that the problem is not pedestrians or bikers, it’s cars. The problem is an American culture that prioritized the automobile, infrastructure that serves the automobile, and a social mindset that totally robs bikers and pedestrians of their dignity. Speed limits in the entire city are merely suggestions. RTD will fly down Broadway or Lincoln at 10-15 over while every other driver cruises past them, mad, texting, and headphones in their head.

If you’re a driver, are bikers getting in your way? Dang, maybe try not to hit them. Call me crazy. Is a pedestrian crossing the street without the crosswalk as they rush through the snow to make it to their minimum wage job? Hmm, well cars have these things called brakes and you have these things called eyes. I’d like to believe that most drivers don’t actually WANT to hit people but then I read comments and submissions on articles like this and I’m proven wrong. People commuting in their cars or on foot should be aware of their surroundings. But people in cars blaming anyone but DRIVERS OF CARS for traffic deaths and injuries has zero understanding of what it means to be a pedestrian in this city, or any city. And Jeremy should have his “professional driving” investigated because he sounds like he’s itching to kill someone with his car.


What areas of Denver do you think are the most dangerous? Is it the street layout? The drivers? The bicyclists? The pedestrians? Post a comment or share your thoughts at [email protected]
KEEP WESTWORD FREE... Since we started Westword, it has been defined as the free, independent voice of Denver, and we'd like to keep it that way. With local media under siege, it's more important than ever for us to rally support behind funding our local journalism. You can help by participating in our "I Support" program, allowing us to keep offering readers access to our incisive coverage of local news, food and culture with no paywalls.
Make a one-time donation today for as little as $1.