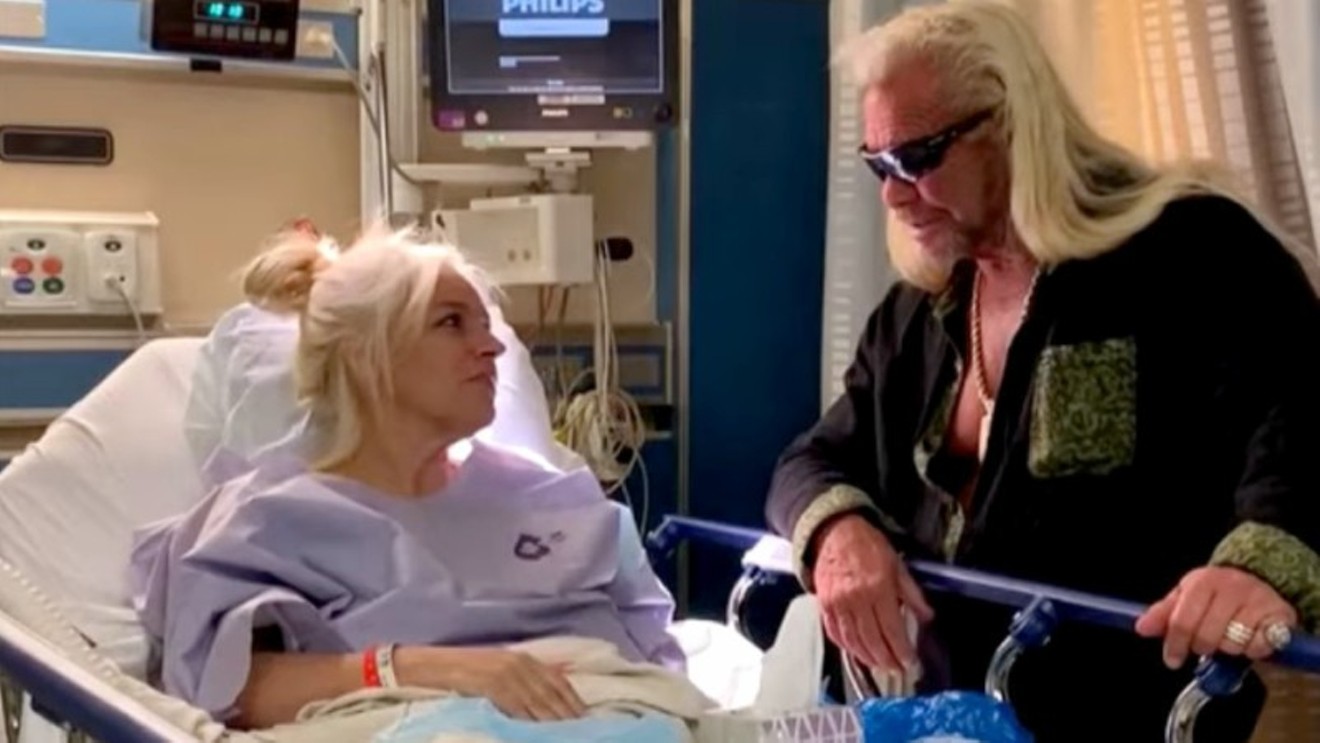 But while a remembrance ceremony has already been held in Waikiki, the Chapmans spent their early careers in the Denver area and continued to maintain deep ties to Colorado, where their eighteen-year-old son Garry lives. As such, it makes perfect sense that tomorrow, July 13, Duane will host a public memorial service in Aurora in Beth's honor.

Although television viewers have always known Beth and Duane as a couple, she was a successful independent private investigator in the Denver area long before the cameras. Westword editor Patricia Calhoun notes that during the paper's early days, in the l980s, Beth was an important source for numerous stories on a wide variety of topics, and she kept the lines of communication open even after fame came knocking.

Witness her conversation with us in 2012, when she and Duane threw a block party in Edgewater in honor of Denver Dog's House, a retail store dedicated to their assorted enterprises.

The relationship between the couple is captured in this recent video:


More recently, Beth was diagnosed with throat cancer, and on June 23, Duane confirmed that she had been admitted to the intensive-care unit at Queen's Medical Center in Honolulu. In a separate message, he wrote, "Please say your prayers for Beth right now thank you love you."

Then, on June 26, he tweeted, "It’s 5:32 in Hawaii. This is the time she would wake up to go hike Koko Head mountain. Only today, she hiked the stairway to heaven. We all love you, Beth. See you on the other side."

He subsequently kept followers up to date on memorial plans, writing on July 1, "We have tentatively scheduled July 13 in Denver to tuck her in, tell her goodnight, for she sleepeth."

The Beth Chapman Celebration of Life is set to run from 2 to 4 p.m. on the 13th at Heritage Christian Center, 14401 East Exposition Avenue in Aurora. Accommodations have been made for fans around the country who'll be unable to attend. The event will be live-streamed at WGNAmerica.com and the Dog's Most Wanted Facebook page.
KEEP WESTWORD FREE... Since we started Westword, it has been defined as the free, independent voice of Denver, and we'd like to keep it that way. With local media under siege, it's more important than ever for us to rally support behind funding our local journalism. You can help by participating in our "I Support" program, allowing us to keep offering readers access to our incisive coverage of local news, food and culture with no paywalls.
Make a one-time donation today for as little as $1.