Reader: Is There Any Good Barbecue in Denver? 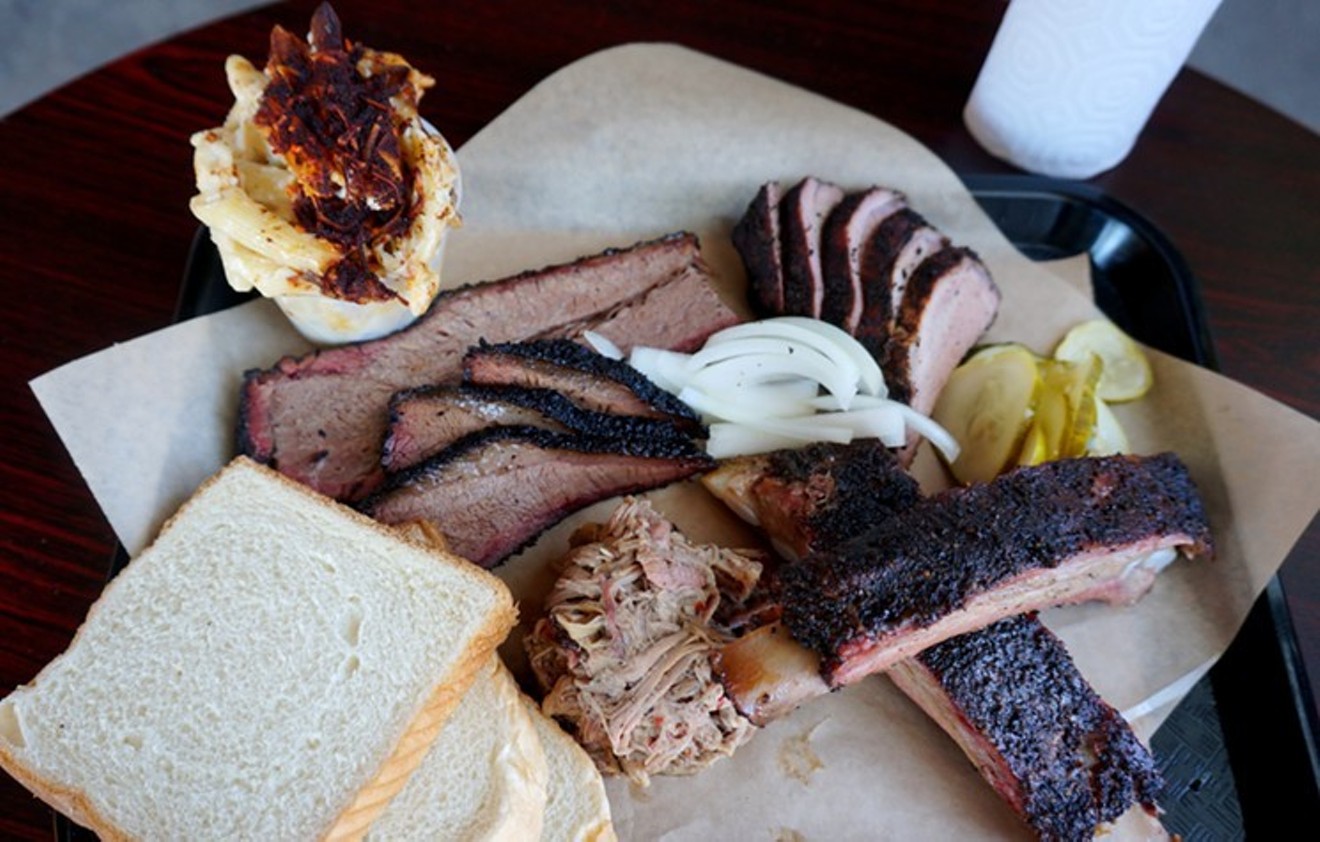 Say so long to Owlbear barbecue. Mark Antonation
Yes, yesterday was the last day for Owlbear Barbecue, which closed earlier than anticipated at 2826 Larimer Street on January 22.  "It was a long time coming.," says owner Karl Fallenius. "I love Owlbear, but I'm looking forward to not being stressed all the time."

Westword first tried Owlbear's barbecue in 2016, when it was offered at a temporary outdoor setup at Finn's Manor. We loved it then, and we love it now: Owlbear won our Best Barbecue Restaurant category in the Best of Denver 2021.

Some diners applauded the choice, others weren't big fans. But in their comments on the Westword Facebook post about Owlbear closing, readers all agree that Denver needs more good barbecue. Says Andrew:


A huge loss to not just the BBQ scene, but the Denver food scene in general. The food at Owlbear had more soul than 99 percent of restaurants in this  godforsaken town. I really hope Karl comes back at some point.


That is no good! Colorado's BBQ scene sucks.


Nothing better than some OMF brews and good brisket. Wishing them the best in the future.

I'm sorry, but this was some of the worst BBQ I've ever had. Especially for the price. Moved to Denver over 25 years ago, and for many years the BBQ scene here was abysmal. And no, Brothers BBQ is not good. Now there are some really good choices in and around town. Smok in the Source Hotel, Post Oak on Tennyson, Wayne's in Superior and Yazoo downtown are all solid, with some of them being more well rounded than others. But Owlbear? No. Just no.

Is there any actual good BBQ in Denver? I've had some okay approximations but nothing as good as I used to get from a dude with a smoker in a 7-Eleven parking lot in North Florida. If a fully staffed restaurant with all their resources can't match one dude in a parking lot, they're doing something very wrong.

Denver’s BBQ is overpriced, overcooked and the sauces are just mediocre.


People in this state don’t know what good BBQ is. Every place I’ve tried sucked.


What are your favorite barbecue joints? Other readers mention Seasoned Swine, Southern Pit and Lulu's. But don't suggest Wayne's Smoke Shack; that popular spot is currently closed because of damage from the Marshall fire.

Post a comment or share your favorites at [email protected]
KEEP WESTWORD FREE... Since we started Westword, it has been defined as the free, independent voice of Denver, and we'd like to keep it that way. With local media under siege, it's more important than ever for us to rally support behind funding our local journalism. You can help by participating in our "I Support" program, allowing us to keep offering readers access to our incisive coverage of local news, food and culture with no paywalls.
Make a one-time donation today for as little as $1.