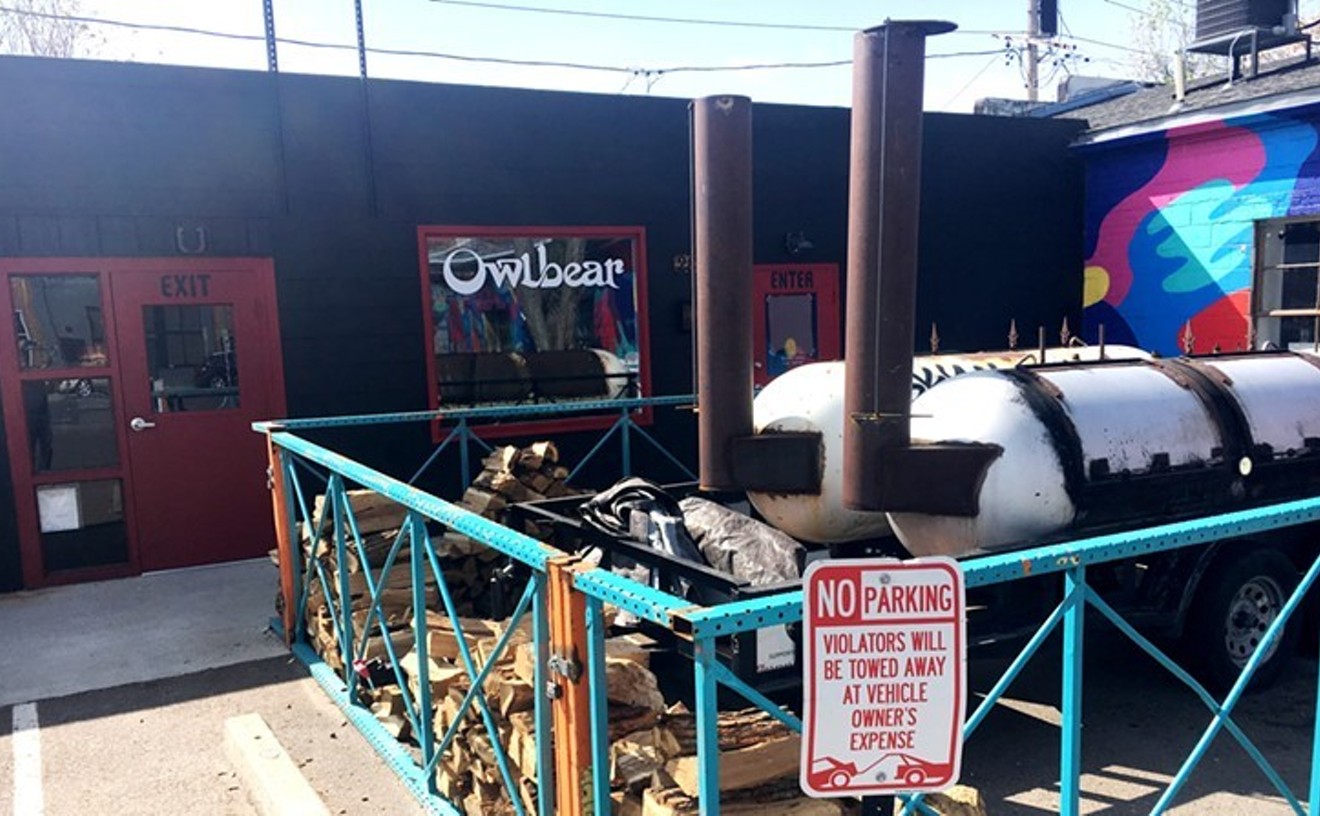 While Karl Frederick Fallenius's smoked meats are ostensibly Texas-style (simply seasoned, cooked over oak and with an emphasis on beef brisket), at Owlbear Barbecue he takes you on a meaty journey far beyond rigid guidelines and regional variations. You can go the purist route and get your meat — brisket or pork belly, ribs, shoulder and tenderloin — by the pound (sauce on the side, of course), or you can explore weekly specials such as hearty gumbo, housemade Colombian chorizo or smoked cheeseburgers. Fallenius adds equal parts creativity and nerdy expertise to everything on the menu. 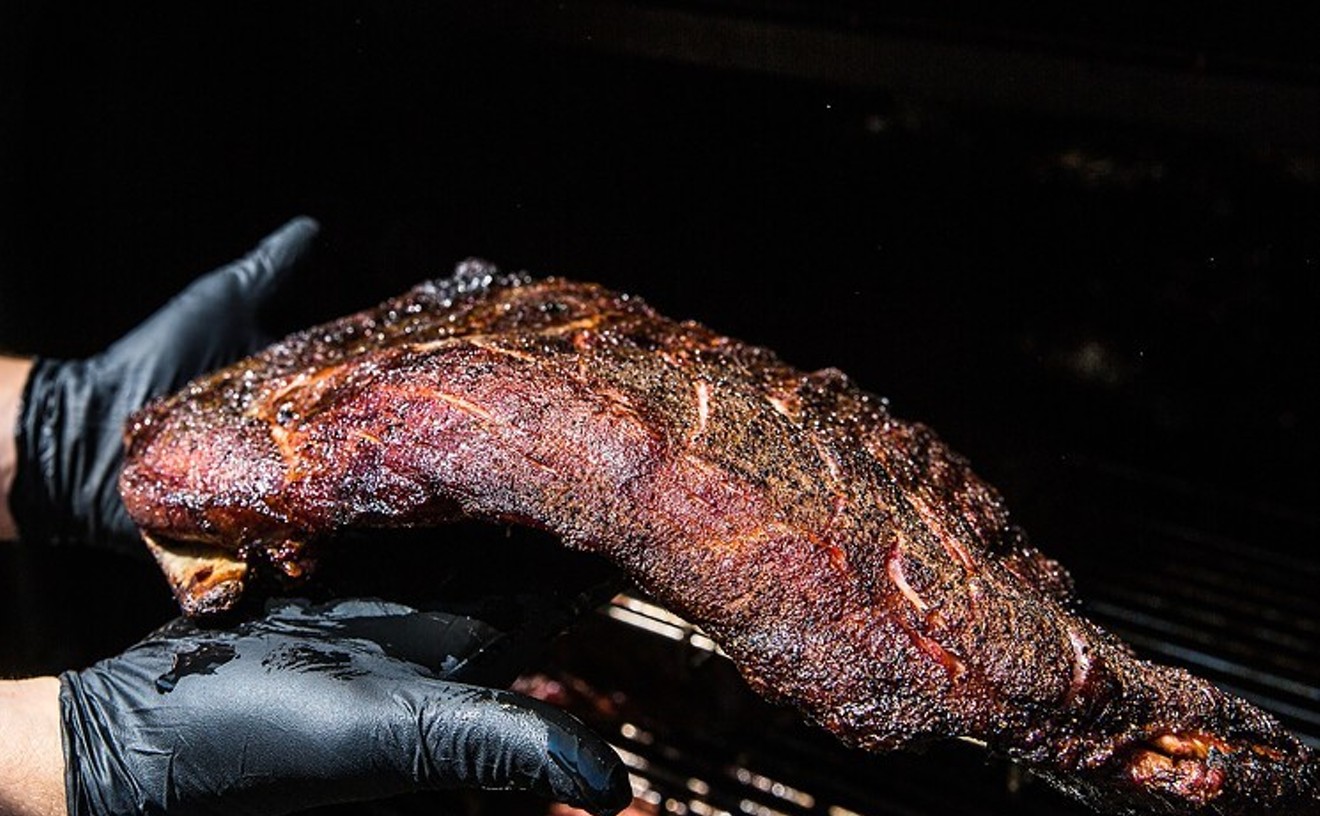 Barbecue in Denver has risen to new heights in recent years, and determining the best often comes down to a single sprinkle of salt on a glistening rib that otherwise could be coming from numerous spots around town. But Roaming Buffalo stands out for doing something a little different: smoked lamb and bison. The lamb is pulled shoulder, seasoned and perfumed with just the right amount of smoke to let the taste of the meat shine through. The bison comes in the form of big ribs with meat that pulls easily from the bone and carries a rich, fatty flavor. Stop in for lunch at the original location on South Downing (where the meats sell out quickly), or go for dinner at the newer Golden outpost. Either way, you'll get a true taste of Colorado.

Best Barbecue in a Hotel 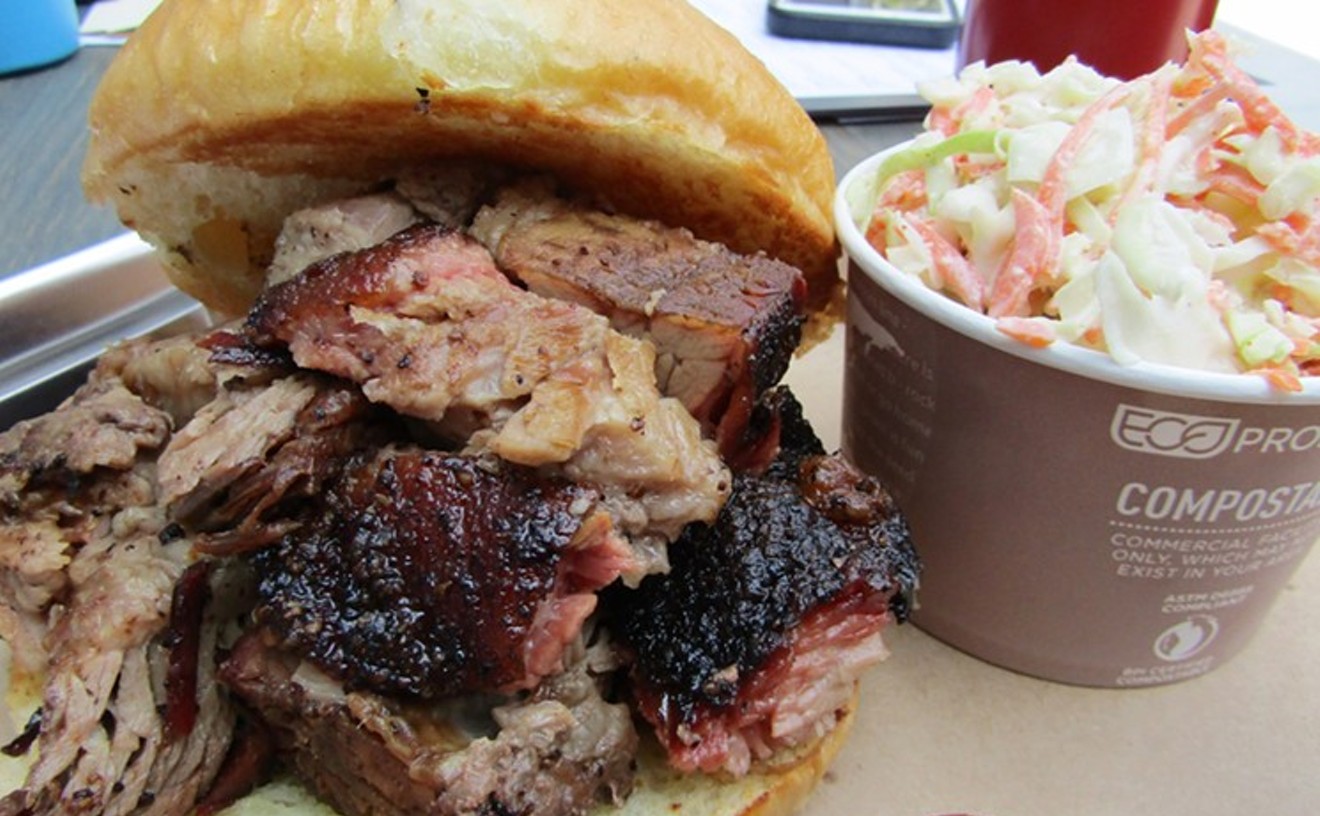 If you like your barbecue in a comfortable setting with a full bar and a menu of other eats and sides, Smok is the place for you. Chef Bill Espiricueta knows his meats (he grew up in Kansas City and Austin), so the brisket, ribs, housemade sausage and chicken come out of the outdoor smoker perfect every time. But he also makes a great fried chicken sandwich, some uncommonly good deviled eggs and a mean mac and cheese. You may have to fight guests of the Source Hotel, where Smok is located, for a seat, but a shady table on the patio is another great place to enjoy your haul.

Denver-born Adrian Miller has been exploring the streets of the city to find great food for years, but as an author and food historian, his writings have covered African-American cooking all over the United States. And with each new project, he makes television appearances, accepts awards and engages in book tours to spread the word far beyond Denver. His first book, Soul Food: The Surprising Story of an American Cuisine, One Plate at a Time, won a James Beard Award in 2014, and his newest book, Black Smoke, about the evolution of Black barbecue in this country, is rapidly gaining attention. Miller's a busy man; catch him on Netflix when he appears on the upcoming series High on the Hog. 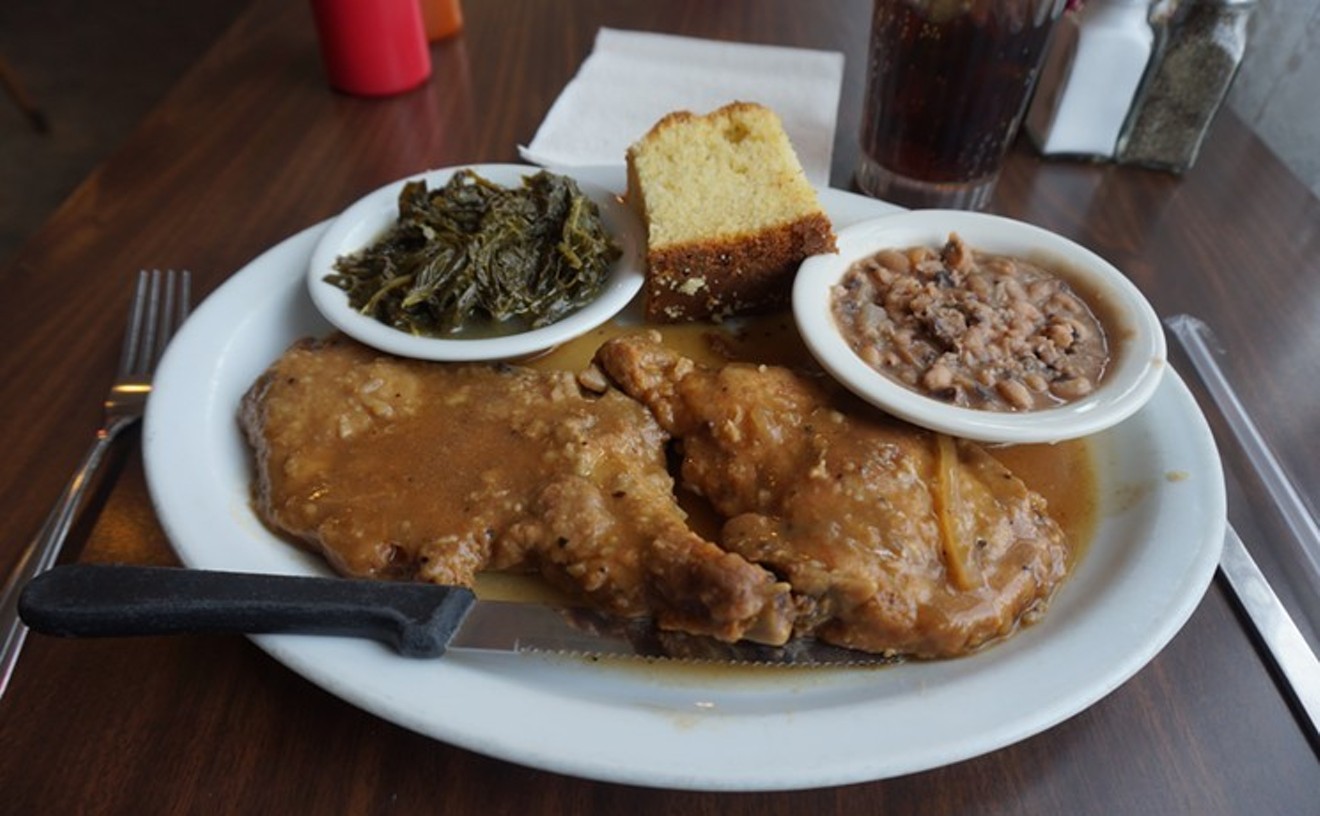 Virgin Islands transplants and restaurant veterans Mona and Flynn Dickerson opened their cafe in its current home and format in 1999, from the start offering Southern specialties and Caribbean pates — savory hand pies with several different fillings — in a cozy setting that feels like home. You can't go wrong with the Welton Street Cafe's fried chicken, with its crackly, peppery coating; the pork chops smothered in brown gravy; or the fried catfish sandwiches. Today the restaurant is run by the whole family, with children Fathima, Fathim and Cenya overseeing daily operations, which for the past year have been takeout only. While the food's as good as ever, even to go, we're looking forward to a warm welcome when the dining room reopens. 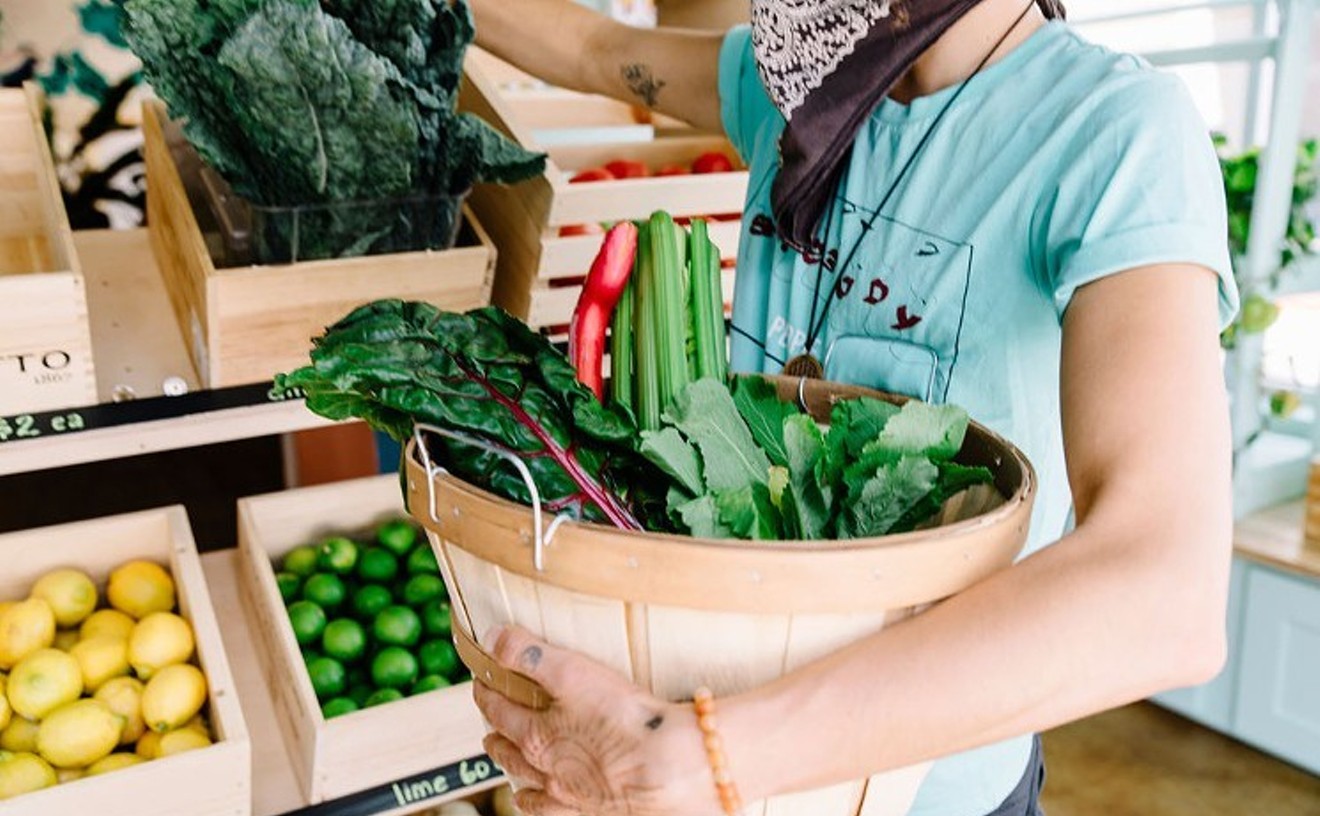 Peruse the menu at Somebody People (named for a line in a Davie Bowie song) and you'll notice that many of the dishes are simply named after vegetables: mushrooms, cabbage, potatoes or asparagus, for example. It's what the kitchen does with those veggies that helps this restaurant stand out — not just as a plant-based destination, but as an excellent eatery in its own right. Pastas, too, are made with care and combined with real ingredients (many from Colorado farms) instead of processed meat substitutes. The result is food with finesse, flavor and roots — literally and metaphorically. 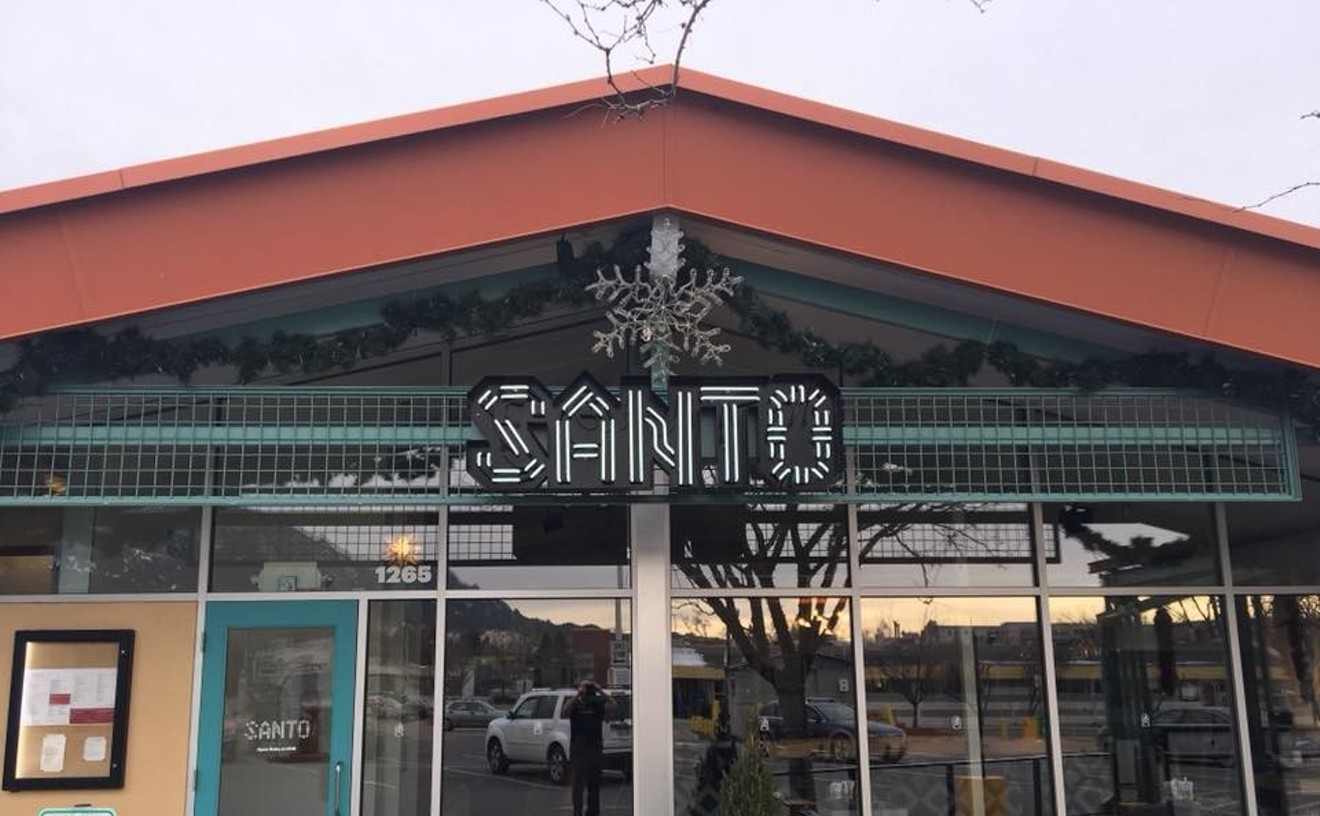 The green chile at chef Hosea Rosenberg's Southwestern cantina stands out for the true taste of green chiles un-muddied by extraneous ingredients or even pork. Rosenberg, a New Mexico native, makes regular pilgrimages to his home state's prime growing region to pick up Hatch chiles from his secret sources. The zippy sauce that results can be found in Santo's breakfast burritos, which Boulder residents line up for every weekend, as well as atop quesadillas, enchiladas and a chile relleno burrito on the dinner menu. Denver's plant-based culinary scene has exploded in recent years, offering everything from sophisticated dining to hands-on street food. Meta Burger's two locations fulfill the fast-food urge — minus the meat, dairy and eggs. The classic Meta Burger is hard to beat, with its all-American combo of house sauce, lettuce, tomato, pickles and vegan cheese, but other burgers offer a creative assortment of toppings, including bacon-onion jam, grilled pineapple, shaved Brussels sprouts and giardiniera. And what would a great burger be without fries and a shake? We'll gladly skip the beef for Meta's waffle fries and frozen treats.

Restaurateur Tommy Lee uses traditional Chinese dishes from several distinct regions as the foundation for food that soars above the ordinary. The gai lan may look like the Chinese broccoli you'd order from a dim sum cart, but it's boosted with chickeny flavor thanks to the addition of schmaltz and Chook chicken salt. The cumin lamb buns come stuffed with a lamb burger patty instead of typical minced or shredded meat, and the chilled tofu with smashed cucumbers combines two appetizers most often served separately. Customer favorites like the marrow fried rice, Beijing duck rolls and the la zi ji (fried chicken bristling with whole toasted chiles) have found a permanent home on the menu, but there's always something new with each season to add to the sense of wonder and discovery. Dumplings aren't the only thing that Uncle Zoe's makes, but they're what attracts the attention, especially when a server walks by with a steaming bamboo basket and drops it off at someone else's table, revealing the plump, glistening contents within. Familiar wonton dumplings in bright red chili oil, sought-after soup dumplings with hand-pleated tops, crisp-bottomed pork buns and pan-fried pot stickers all beckon. But the rarest of the bunch is what's listed on the menu as "meatloaf pies" (also known as rou bing), little finger-friendly snacks somewhere between a pan-fried dumpling and a fully-enclosed sandwich. As good as all the dumplings are, don't fill up all at once; go back and try one or two at a time so you can explore the rest of the menu, too.