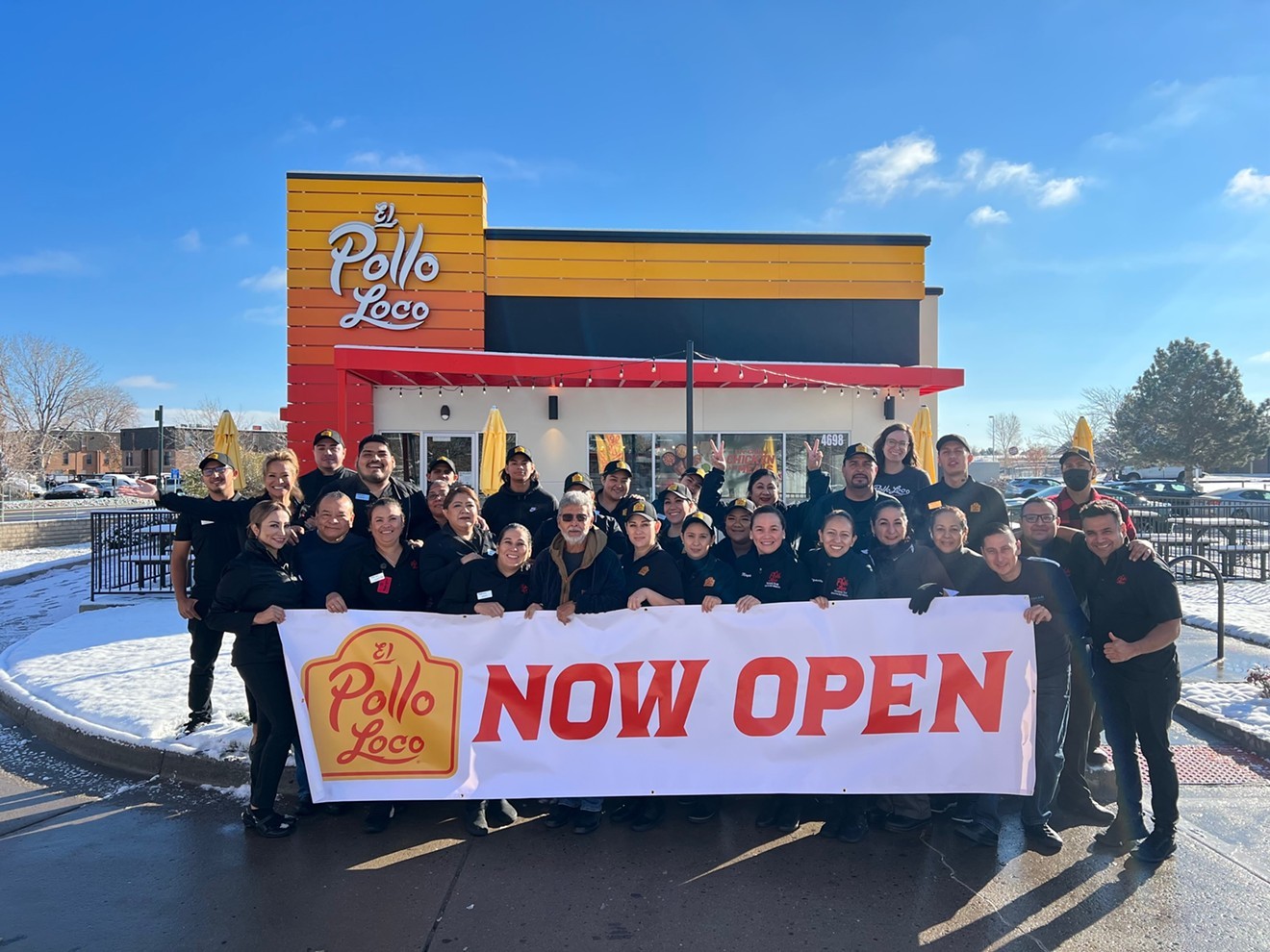 There were a few El Pollo Locos in Denver before the last one shuttered at 1401 South Federal Boulevard. But on November 15, El Pollo Loco opened a brand-new spot at 4698 Peoria Street. The addition is part of big expansion plans for the L.A.-born brand that specializes in fire-grilled chicken. By 2026, it plans to add 140 new locations to its current 480-plus outposts in the western part of the country.

In comments on the Westword Facebook post of the El Pollo Loco news, readers dish up thoughts about the return of this fast-food outlet to Denver:

I was in high school; everything tastes good to a growing. I remember liking it better than Taco Bell. But in this town, especially now, go get the real thing.

I don’t know if this is a “cult.”  They had these is San Diego and there was never anyone there.

They are a California staple. My husband and I moved to LA a year ago for his work, just tried it actually last week here. I’d order again.


One of my favorite healthy fast foods. Hard to beat rotisserie chicken tacos and burritos.


And then there's this from Luz:


We went last night!! The line was so long!! It went around the block and to the freeway. We decided to wait to try again.


Do you remember when El Pollo Loco was in Denver before? Have you tried the new spot, or any other locations? Post a comment or share your thoughts at [email protected]
KEEP WESTWORD FREE... Since we started Westword, it has been defined as the free, independent voice of Denver, and we'd like to keep it that way. With local media under siege, it's more important than ever for us to rally support behind funding our local journalism. You can help by participating in our "I Support" program, allowing us to keep offering readers access to our incisive coverage of local news, food and culture with no paywalls.
Make a one-time donation today for as little as $1.