Reader: Single Life in Denver Can Be Awesome! 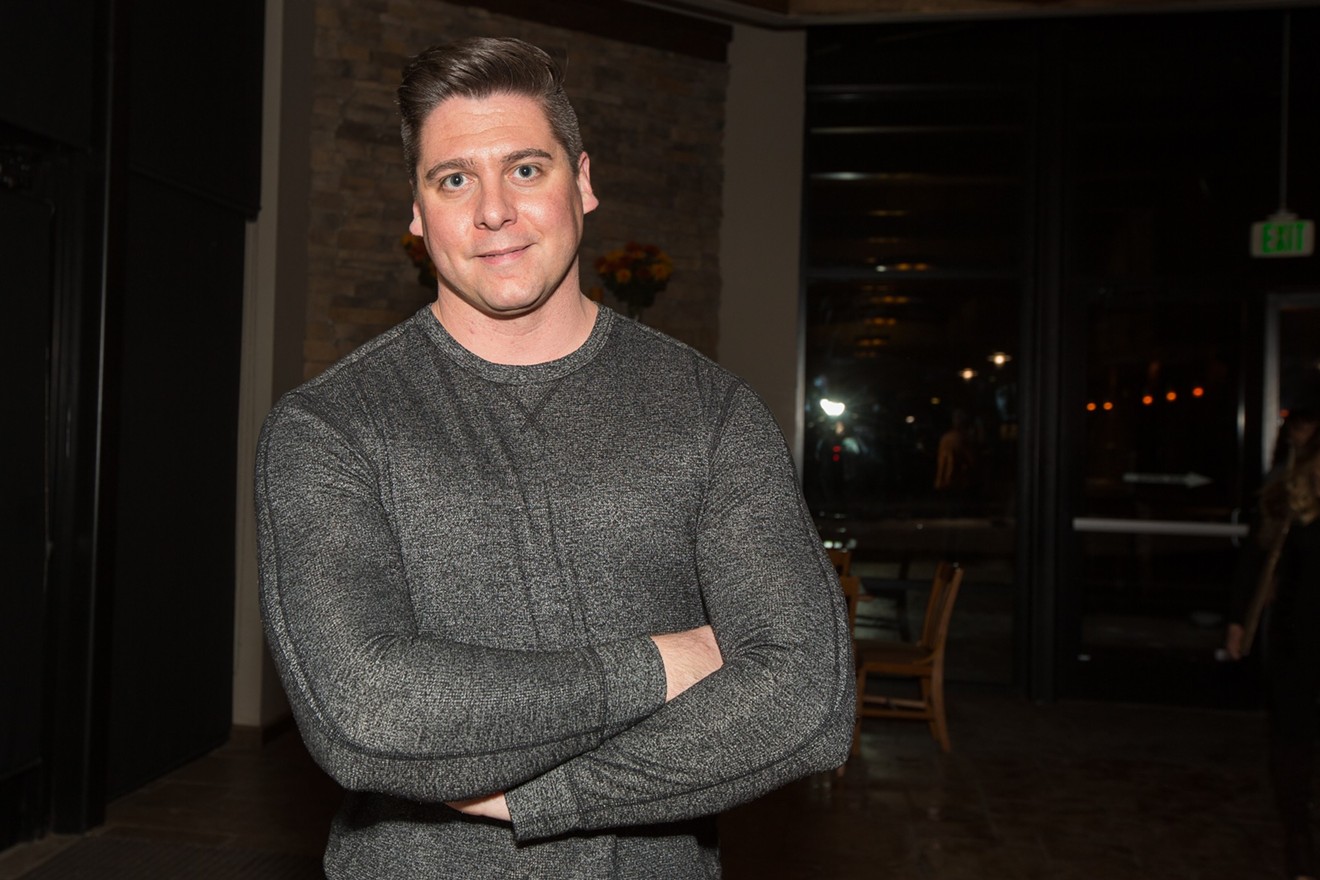 Skip the apps, says Corey Wesley. Nicole Daniels
Denver was proclaimed "America's Worst City to Find Love" in 2017, so when the Great Love Debate returned to the Mile High City on February 22, there was plenty of talk about how to improve dating in Denver. We talked with several of the attendees, and the conversation has continued since in our comments section. Says Matthew:

You’d have to even out the ratio first.... it’s called Menver for a reason.

Denver has a ton of eligible (see: men with jobs) men for women to choose from. Denver men aren't "Failure to Launch" boys, like so many other cities have. They don't live in their parents' basements; they support themselves and spend all their free time doing awesome things outdoors like hiking, camping, skiing, etc. So when women have their pick of successful and fun men, they end up in relationships. And everywhere you walk there are couples in Denver, literally everywhere. I think the guys are just sick of hitting on women with boyfriends, they're not lazy...there's just a lot more competition. Plus single life in Denver can be awesome with all the craft beer...


And Joann has some advice for those guys:

Here’s a tip, guys. Wear a real shirt and real shoes to that first date. Real clothes show the respect you have for yourself. No ratty T-shirts or nasty flip-flops. And if you’re really wanting to impress, wear underwear. For the love of all things, I don’t want to see your dick flopping around under your dirty, old, worn-thin sweats!! A college professor sported this lovely look on a first, and last, date.

Dude, the women in Denver are shallow, self-absorbed, superficial, unrealistic and kind of trashy, and if they're not trashy, they’re wishy-washy and just straight-up freaking strange. Not to mention the over abundance of freaking patchouli oil that effects my gag reflex all the time.

The kind of woman I’m looking for is a cross between the posh Spice Girl and a female martial artist, preferably a kick boxer.

Alec has an explanation that doesn't blame either gender:

I’ve found in the past few years that the cost of living in Denver has increased so dramatically that I have to work almost constantly to keep up with it. That probably just sounds like another excuse, but it’s very true for me. I’ve noticed a huge change in my dating life today compared to a few years ago. And the main difference is that I’m working more...

I don't know what it is about Denver, but across the board — straight, gay, mono or poly or single or open married — Denver has the HIGHEST no call no show record! Plan a date and then no call no show. I suppose it's for the better, but still sad to see.


Keep reading for more of our coverage on dating in Denver.