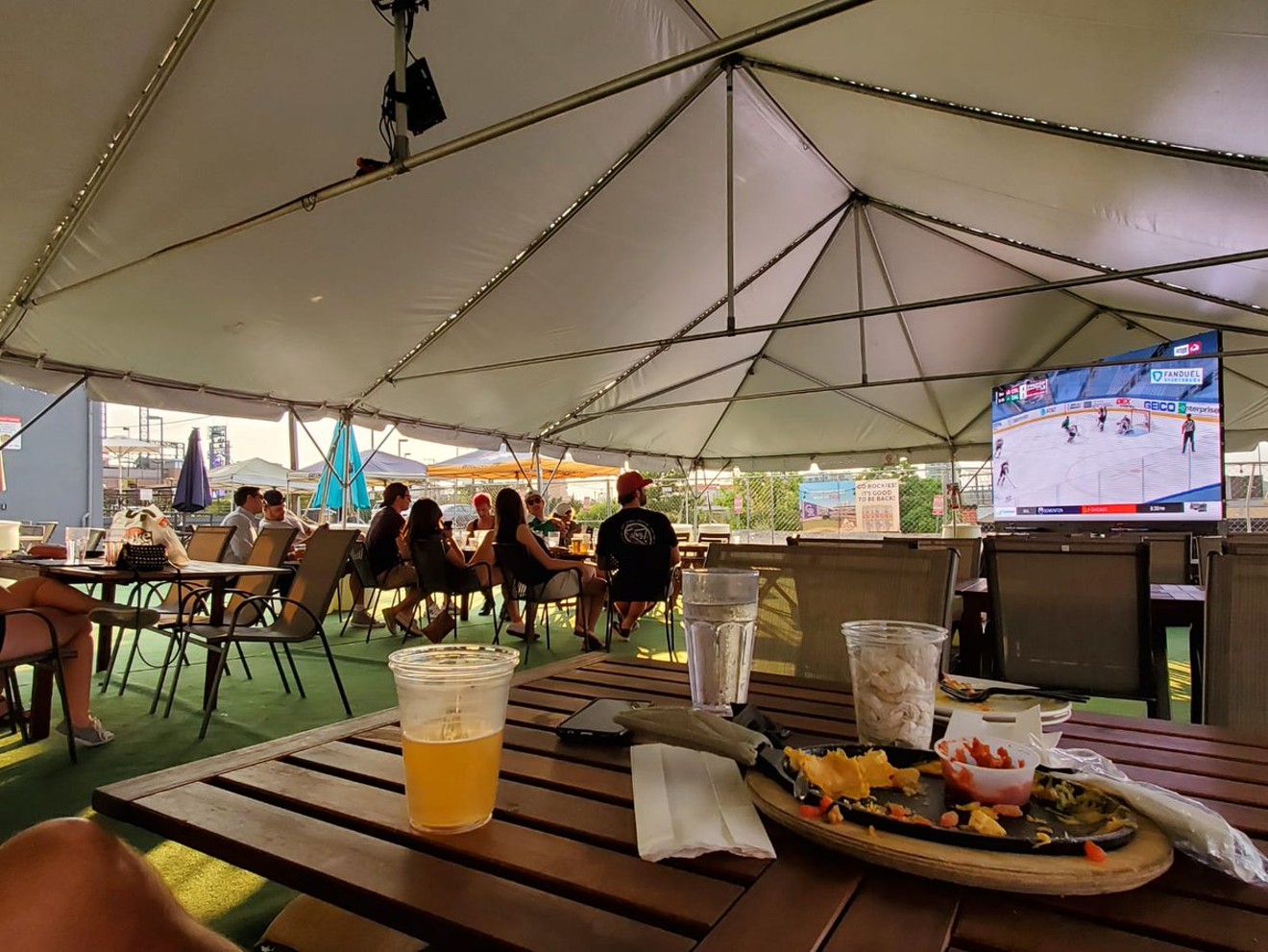 Blake Street Tavern was going to hibernate starting January 4, but now it's staying open. Twitter
Late on December 30, Governor Jared Polis announced on social media that on Monday, January 4, all of the state's counties currently at Level Red on the Colorado Department of Public Health and Environment COVID dashboard dial will move to Level Orange. He credited improving COVID-19 stats in the state for making the change possible.

As a result, many businesses will see loosened regulations this week. Restaurants, for example, will be able to resume indoor dining — at 25 percent capacity or a maximum of fifty customers. But still, that's a big change from the closed dining rooms of Level Red, particularly since it's coupled with last call moving back to 10 p.m.

But in their Westword Facebook comments on our post about Polis's move, some readers aren't raising a glass Says Jeffrey:


Stay the fuck home if you’re so fucking scared. Us adults are going to fucking adult.


Restaurants should definitely be allowed to re-open. The only thing closing them down has accomplished is to push people into private gatherings and into places like Walmart. Let them earn a living.

No one is having drinks, eating meals, putting forks in their COVID holes, spending hours breathing the same air and making new friends at Walmart...


Let them all open. If owners want to impose limits that is their prerogative. No more lockdowns. No more face diaper mandates. Ever!

We need to open. We lost too many businesses already.

I think the plan is to lose less people, not businesses.


And the conversation takes a turn, thanks to this from Bill:


Ever notice how many barflies whine about Polis and COVID-45? It's not the restaurant customers. It's barflies. It's not restaurant owners, per se. They sell delivery food. It's the liquor that has such a high margin. Whining barflies, and whining bar owners. IF they don't like it, leave!


You obviously don't know any business owners or anything about business in general.


Bíll is someone who obviously never scored at the bar.

Polis's announcement took many health officials and restaurant owners by surprise; under the recently introduced 5 Star State Certification Program, counties had been working to move down the dial. In the metro area, Arapahoe, Douglas and Broomfield counties had already been approved for the program (in fact, some Douglas County restaurants had already reopened restaurant dining rooms); Denver just turned in its application at the end of the year.

According to a hasty clarification from the Colorado Restaurant Association that ended 2020, those eateries with 5 Star certification will not be able to make a double move down the dial — from Level Orange to Level Yellow in Douglas County, for example.

But in these uncertain times, only one thing is certain: Diners can raise a glass to this state's hardworking restaurant industry, and should — whether it's over to-go food or in a reopened dining room.

See our list of all the restaurants and bars that opened and closed in 2020 here.
KEEP WESTWORD FREE... Since we started Westword, it has been defined as the free, independent voice of Denver, and we'd like to keep it that way. With local media under siege, it's more important than ever for us to rally support behind funding our local journalism. You can help by participating in our "I Support" program, allowing us to keep offering readers access to our incisive coverage of local news, food and culture with no paywalls.
Make a one-time donation today for as little as $1.