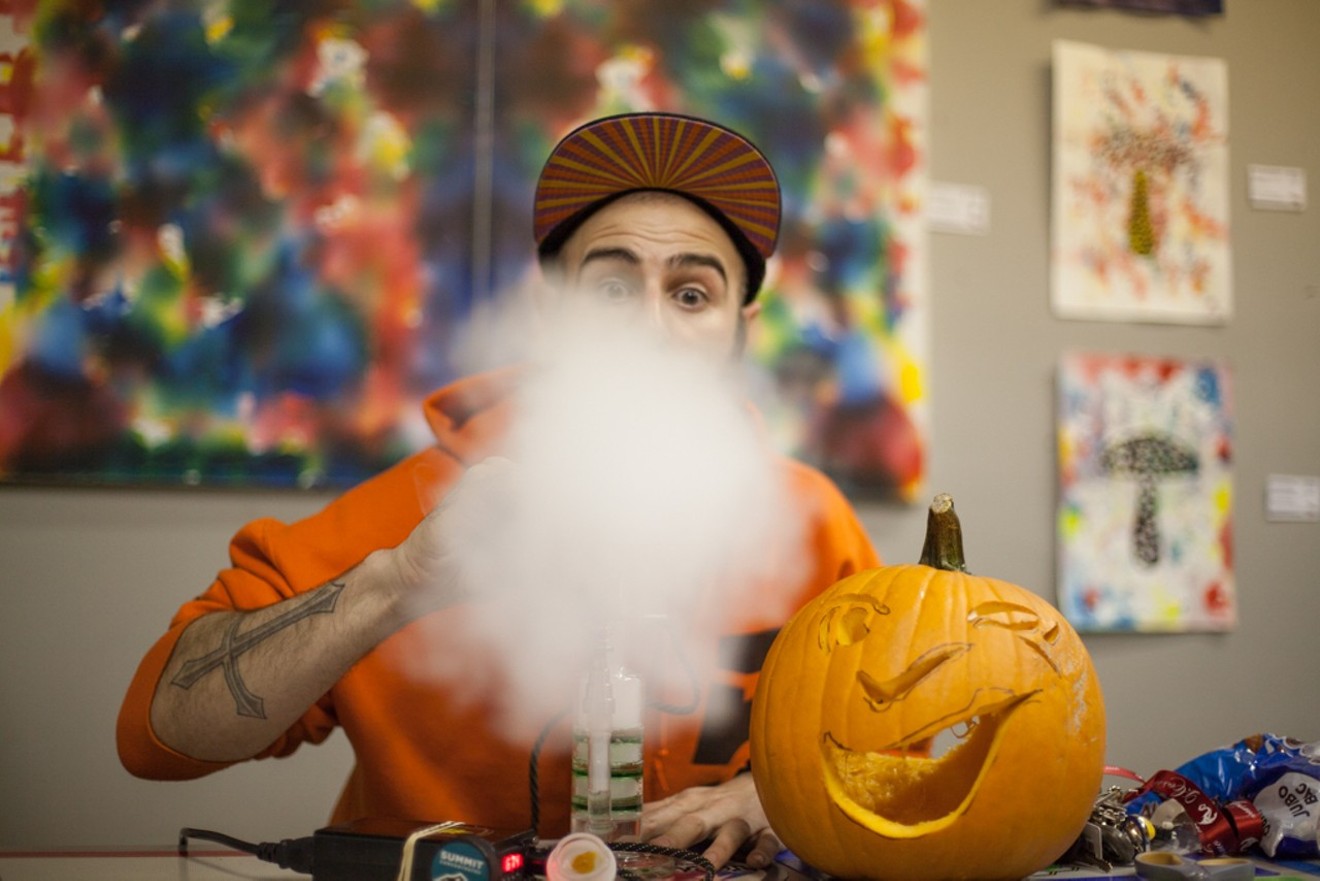 Jacqueline Collins
Fall doesn't technically start until September 22, but Walmart has had Christmas decorations for sale since August, so maybe we're late to the party. And with so many flannels and seasonal flavors to enjoy, we don't want to skip out on autumn, do we?

Although there's no Pumpkin Spice Kush out yet (thankfully), there are plenty of cannabis strains that carry the sweet and savory hints of fall drinks and dishes like spiced apples, coffee, chocolate and even roasted garlic. To help you get in the mindset for the season, here are ten strains that taste like autumn. Bubba Kush
Herbert Fuego
Bubba Kush
Perfect for a crisp, fall evening, Bubba Kush has a distinct smell, filling your nose with scents of soil, coffee and dark chocolate, followed up by the subtle odor of rubber. Upon smoking, strong earthy and hash-like flavors (sometimes accompanied by a sweet but rubbery one) are followed up by notable tastes of chocolate or coffee. A tasty bedtime smoke in any season, but especially nice for colder nights. Garlic Juice
Herbert Fuego
Garlic Juice
Am I the only one who makes a pot roast the second fall weather hits? Garlic Juice, a mix of the ever-potent GMO and Papaya, will get your stomach even more excited for dinner while giving your tastebuds an oven-roasted warmup. Zesty, herbal and in your face, Garlic Juice smells like an empty produce cabinet before your nostrils calm down and notice timid notes of pine, apples and sour-rubber finish. Smoking bowls taste more like roasted (left whole and un-smashed; don't be a barbarian) cloves of garlic than a juiced one, and has some fruity or candy-like appeal after an initial strong wave of cloves, pine and coriander. Apples n' Cream
Herbert Fuego
Apples n' Cream
Too lazy to make hot apple cider or apple pie this year? Roll a joint of Apples n' Cream, a dessert-worthy strain with a long, varied mix of genetics that includes a backcross of Grape Pie as well as Fruity Pebbles OG and classics Acapulco Gold and Highland Nepalese. Opening a jar hits the nose with a blend of cinnamon-sugar, apple/white grapes and creamy vanilla before more sour, rubber and pine notes cut out some of the sweetness just enough to remind us that this is weed and not cider. 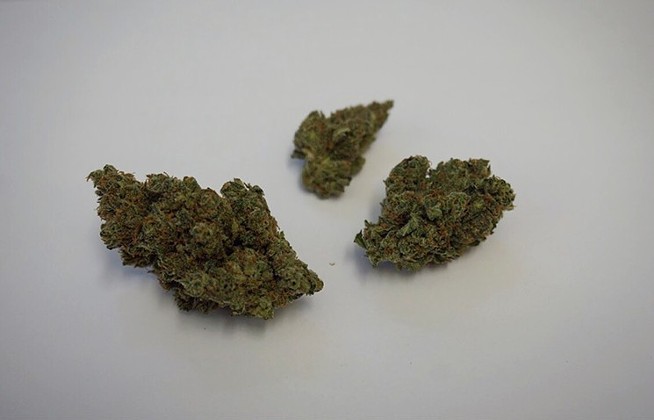 Frankenberry
Herbert Fuego
Frankenberry
Halloween will be stuck inside in 2020, so maybe it's time to look back on the ghoulish fun of years past, when bowls of Frankenberry and Count Chocula got us pumped up for trick-or-treating. The weed strain of the same name, a staple at the Herbal Cure, carries a heavy, sweet smell of syrup and berries — similar to Strawberry Cough, but with tart biscuit notes on the end, like sourdough bread. Although it’s a little more earthy and hash-y than its smell implies, Frankenberry's smoke carries a lip-smacking flavor close enough to its cereal inspiration. 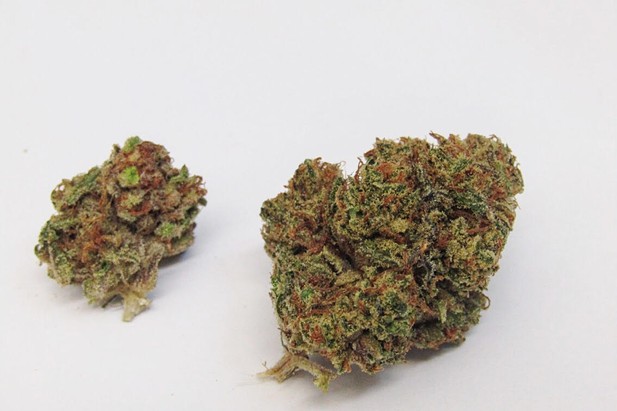 Cornbread
Herbert Fuego
Cornbread
Football. Chili. Cornbread. What a classic mix when the winds get colder. Stay warm, happy (and hungry) with the cannabis strain Cornbread, a Rare Dankness mix of Rare Dankness #2 and Katsu Bubba Kush. The strain carries a complex aroma, with a strong whiff of lemon up front, followed by notes of honey, lavender, grainy dough and a spicy back end. In fact, it smells much like cornbread, but with a lemon, floral twist. Those comforting qualities translate over to Cornbread’s flavor, my favorite quality of the strain.