Reader: You Are Not a Stoner If You Waste Weed 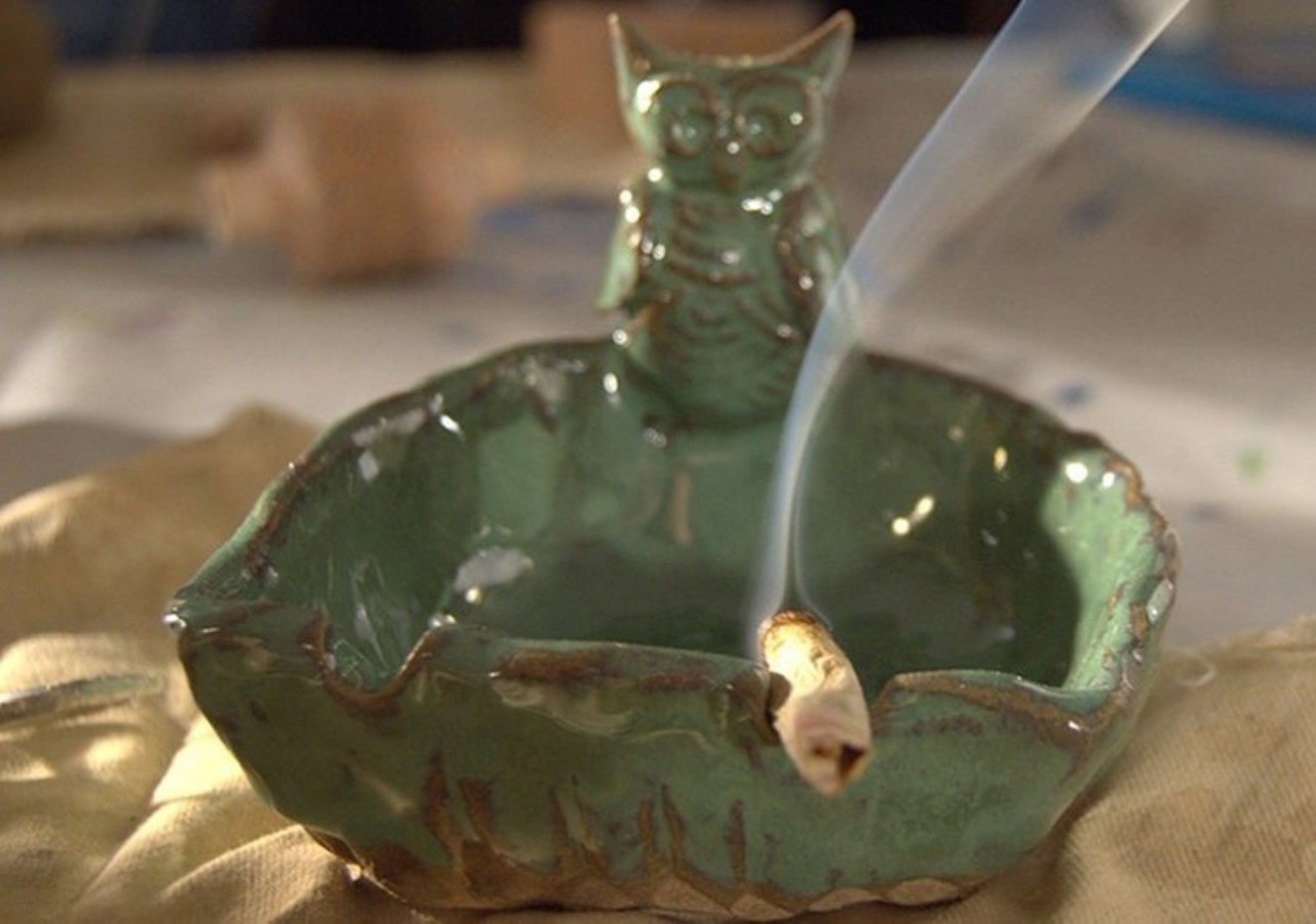 Lindsay Bartlett
This week our Stoner received an age-old question: What do to with all the joint roaches piling up in his room? "It seems like a waste to toss them," the reader confessed.

Our Stoner had an answer for that, but readers also had plenty of suggestions...and memories.

Used to eat them. Destroy the evidence.

I'm old school and just can't throw these away. I will save them for someone.

Same, I'll save them up til they like fill up a little jar, then I usually find a homeless person who could use them. They're very grateful usually.

Do you also save up the crust from your sandwiches and give those to the homeless?

Joints and blunts are not even remotely efficient. I still smoke joints but I pretty much agree. Missing the forest for the trees, so to say... Some pun intended.

Weed is legal and plentiful. Compost them.

I boil chicken carcasses for stock. I don't waste a thing. Infer what you will.

Weed is so damn cheap and so damn heavily available there is absolutely NO NEED to save roaches. But if you must, if you're dedicated to saving every scrap of weed possible, then all you have to do is learn to roll your joints with a little paper filter like they do in Holland and you will have a handy little thing to grab onto when you're smoking, you won't need roach clips, and most importantly, NO MORE ROACHES.

Save them, soak in everclear alcohol in the freezer for 2 days covered, strain using a coffee filter. Let alcohol evaporate. Scrape up with a razor and you basically have qwiso hash. Smoke away Johnny! You can also make edibles that are already decarboxed.

I grew up in the days of nickel, dimes, and three finger lids for $15. Saving roaches for a dry spell. In the 21st century, I can’t remember the last time I rolled a doobie. One hitters and H2O pipes all the way.

Ever heard of generation joints? You are not a stoner if you throw your shit away. Shame on you.

Holy crap, this is actually a question? Peel them open and smoke a bowl! Waste not, want not.

For the record, Herbert Fuego falls on the no-recycling side of this issue.

"I don’t know how old you are, or how easy it is for you to attain cannabis," he wrote in his reply. "We’ve all been in spots where we only have a couple of roaches left. But if you live in a state with dispensaries nearby or have regular access to cannabis, then grow up and get some damn standards, son. Legal weed has never been cheaper in Colorado, and prices are dropping on the black market, too. Stay stocked on the fresh stuff."

Then again, he also confesses: "I’d be lying if I told you that in my younger days I never rolled legacy joints, gutting a handful of roaches and roasting a tarry, harsh bone."

What do you do with roaches? Post a comment or email [email protected]
KEEP WESTWORD FREE... Since we started Westword, it has been defined as the free, independent voice of Denver, and we'd like to keep it that way. With local media under siege, it's more important than ever for us to rally support behind funding our local journalism. You can help by participating in our "I Support" program, allowing us to keep offering readers access to our incisive coverage of local news, food and culture with no paywalls.
Make a one-time donation today for as little as $1.