Reader: If You Haven't Talked to Your Kids About Marijuana, That's on You! 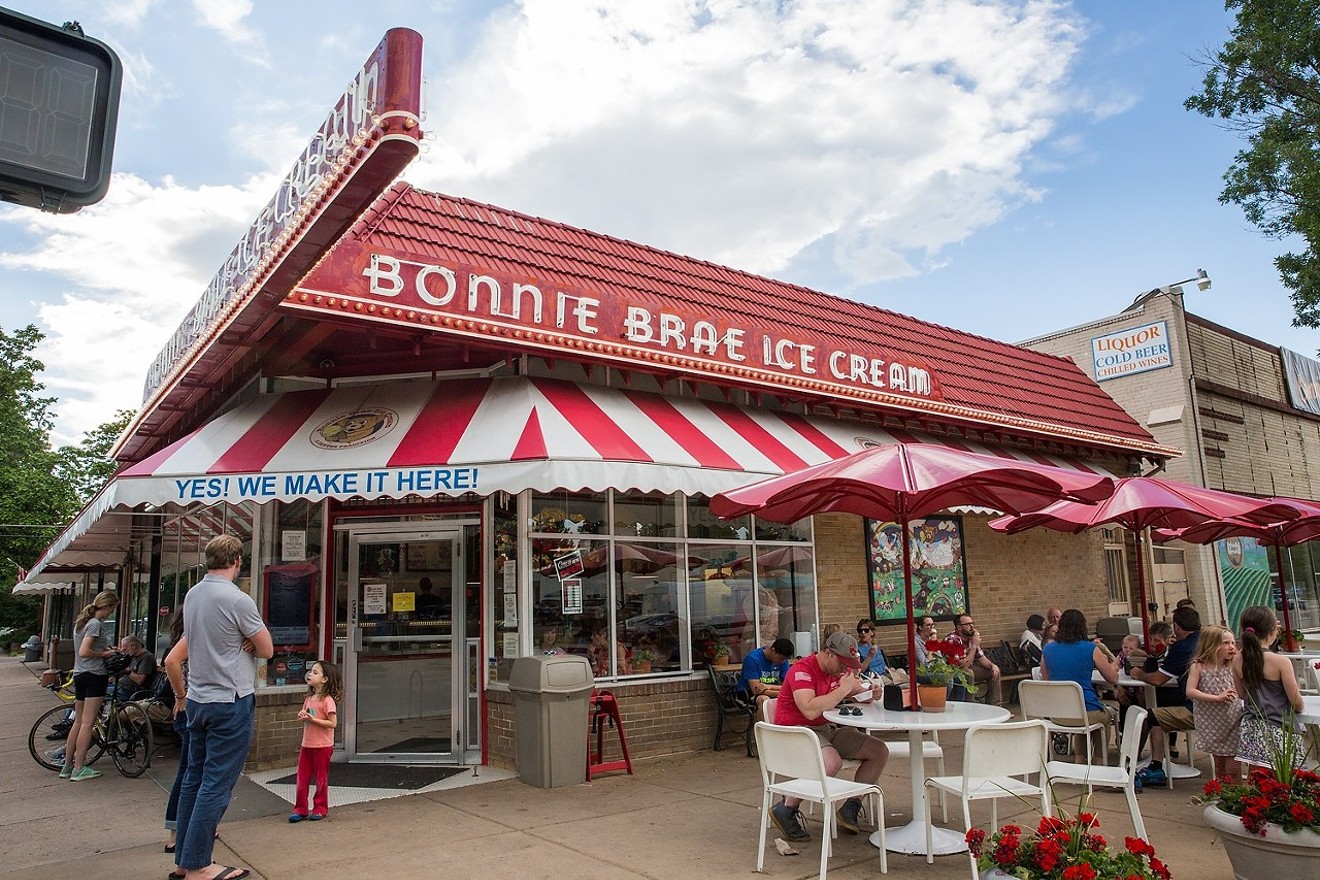 A local landmark. Danielle Lirette
A marijuana dispensary chain could soon open a new location by Bonnie Brae Ice Cream, a longtime landmark at 799 South University Boulevard. Silver Stem Fine Cannabis, a Colorado-based company with seven stores in the state, wants to transfer a license to 2331 East Ohio Avenue, right around the corner from the ice cream shop, and a city hearing officer has recommended the move.

Silver Stem has received support from nearby residents and business owners, including next-door Brindle and Oak Wedding and Events and Bonnie Brae Liquor, which is around the corner, as well as Bonnie Brae Ice Cream itself. But some neighbors are fighting the store, saying that kids will be exposed to marijuana.

In their comments on the Westword Facebook post, readers offer plenty of observations on this situation, as well as the marijuana market in general. Says Jason:

Also, it’s kind of ironic when our country leads the world in obesity, diabetes and heart disease. I’m not hating on ice cream, but you have to see the irony…


There’s a liquor store next door. What’s the big deal?


I agree—and would not a dispensary increase their ice cream business?!!

Not only that, there’s already a dispensary located on Gaylord and Mississippi, right next to Wash Park Grille, just three short blocks away. Eye-roll inducing behavior from the neighborhood, for sure.

If you live in Denver and haven’t talked to your kids about marijuana, that’s on you.

Don't worry, folks...people are going to be in and out. Your kids ain't going to know anything more than a lot of people with tie dye go into THAT store.

Weed is proving to be an unsustainable business in general. The market is obviously correcting and dispensaries are closing. Who knows what will happen next, but continuing to bet on the industry in the meantime is stupid. Don't tell the pot heads; they want a dispensary on every corner regardless.

Dude, how high are you? With the start of any new industry, there’s an influx of businesses trying to make a go of it. Over time the less profitable ones close while the more profitable ones stay in business. This is business 101 and doesn’t say anything about the market or industry as a whole. Now go back to your 12-pack of Bud Light and continue yelling at the neighborhood kids.

What do you think about the proposed location? About the marijuana market in general? Post a comment or share your thoughts at [email protected]
KEEP WESTWORD FREE... Since we started Westword, it has been defined as the free, independent voice of Denver, and we'd like to keep it that way. With local media under siege, it's more important than ever for us to rally support behind funding our local journalism. You can help by participating in our "I Support" program, allowing us to keep offering readers access to our incisive coverage of local news, food and culture with no paywalls.
Make a one-time donation today for as little as $1.