Pro skater Rob Dyrdek, founder of the Street League Skateboarding series, stopped by in March to inaugurate the new $1.2 million, 16,800-square-foot Erie Community Skate Park, the first Street League-branded public facility. The skate park, which officially opened in January of this year, has already become a mecca for street skaters. A minimalist masterpiece, it was built by California Skateparks in partnership with SITE Design Group, with an emphasis on street-inspired ledges and rails (rather than bigger and badder bowls). The mirrored design allows equal access for goofy-footed and regular-footed approaches, and the park's features suit beginners and pros alike. A second phase of construction scheduled for this summer is expected to add more beginner-friendly terrain and bring the total square footage to 25,000.

Denver-based Level 1 Productions stepped it up in every sense of the word this year, moving its headquarters out of director Josh Berman's house to more official digs (a new studio and retail space on upper Larimer Street), then releasing Sunny, the best ski film of the season. Berman's thirteenth film in as many years earned him "Best Movie" honors at the 2013 Powder Awards and Best North American Film at the 2012 IF3 International Freeski Film Festival. The film featured twenty top athletes skiing in locales around the world, but we're partial to the sections filmed in Breckenridge and Denver.

The seventh annual So-Gnar Snowboard Camp Tour from Golden-based pro snowboarder Pat Milbery and his fun-loving So-Gnar posse featured local stops at Loveland and Winter Park this season for kids of all ages — with some moms, dads and grandparents in the mix — focused on having fun in the terrain parks and on custom features (like a bright-orange couch) installed just for the occasion. The camps (this year's tour made a dozen stops across the U.S. and one in Japan) are beginner-friendly, but they also cater to intermediate, advanced and expert riders, with a focus on fun and creating a positive vibe to encourage safe progression. At $125 for a two-day camp session with a small army of pro riders, the So-Gnar camps are far and away the best bargain around for anyone looking to learn new tricks.

Given the draw that Colorado has for extreme-sports enthusiasts, a magazine showcasing the talents of local and national celebrities (many of whom reside in our resort towns) was inevitable. Since Snowboard Colorado's first printing in fall of 2010, the magazine has continued to highlight the technological advancements in the industry, the strides that Colorado companies have made to push the sport, and, most important, the progressive talent coming out of the snow-covered hills of Colorado.

Mike Haynes honed his style on the radio, a medium in which his high-octane pronouncements were necessary. After all, he had to help listeners picture what was happening, and he managed to do so better than anyone in the market. But he's proved to be just as adept at calling the action on TV. He knows the game inside and out, and he manages to convey his loyalty to the Avs without conjuring up excuses for them when things are heading south. He makes each goal seem bigger, every check more crushing, and those glove-dropping fights the equivalent of championship bouts on blades. 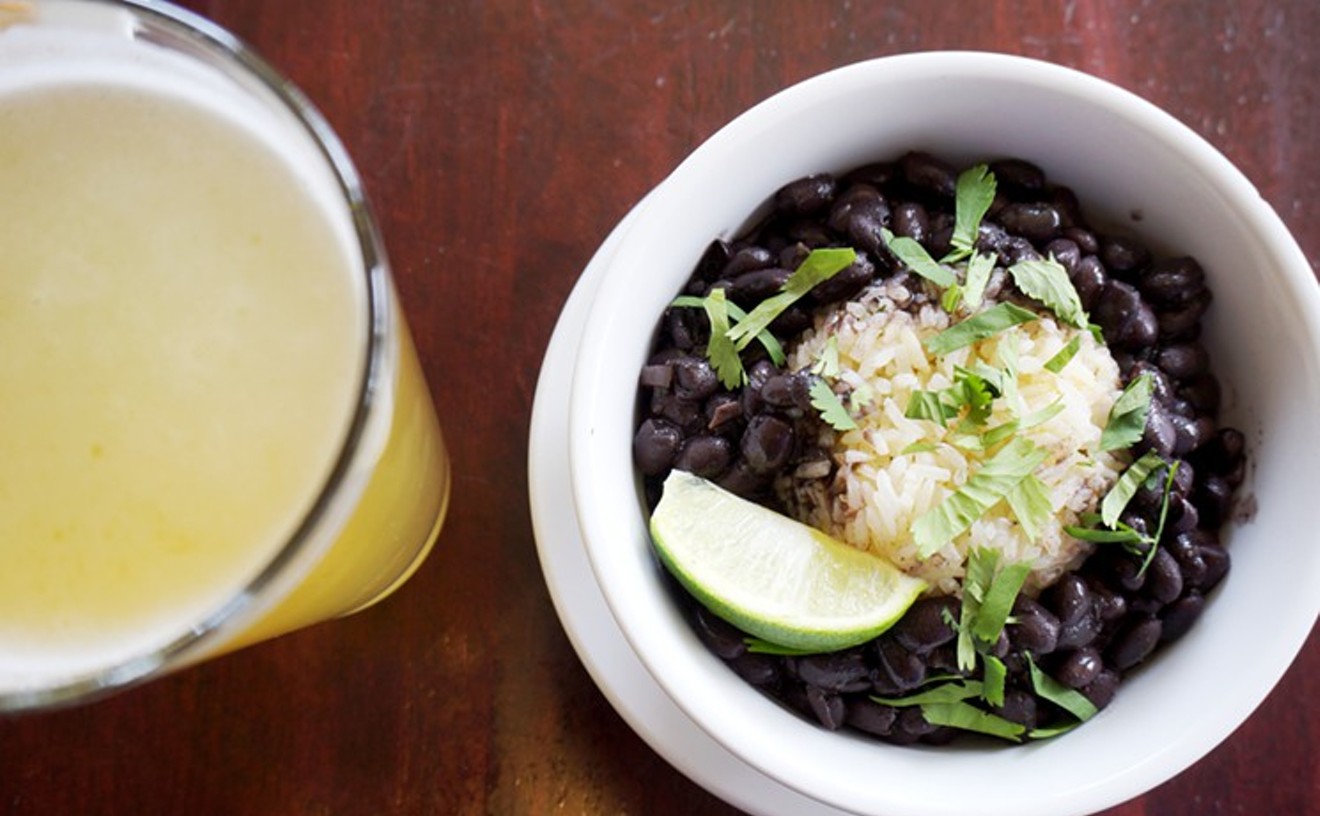 Highland Tap & Burger isn't just a sports bar — but you wouldn't know that on game day, when this LoHi spot is packed with hat boys and bros cheering and jeering whatever's playing on the many TVs, drinking beers, taking occasional smoke breaks on the patio, and stuffing their faces with the great food that comes out of the kitchen. When they opened the place three years ago, the owners applied a fine-dining sensibility to a pub-like menu, and they've held to those standards. The result is Denver's best burger, offered in a variety of styles with toppings both plain (white cheddar) and fancy (truffle aioli), as well as impressive root-beer pulled-pork sandwiches, meatball sliders and incredible homemade chips.

Three years ago, the Blake Street Tavern moved from the modest warehouse spot it had occupied for almost seven years to a massive space a block south, with a great back patio, a big bar, an ambitious kitchen, an arcade area and plenty of room to watch games — or just the people around you. And now bigger is becoming even better. Blake Street is moving its arcade area to the basement — which is almost as huge as the first floor — where it will offer bocce, cornhole, shuffleboard, Skee-Ball, basketball, leagues and other fun activities, as well as a bar that can accommodate two dozen beers on draft. That will cement Blake Street's reputation as not only one of the town's best sports bars for watching games, but definitely the best sports bar for playing games.

If you're serious about watching the game, any game, head directly to Chopper's Sports Grill, which takes its sports very seriously. Chopper's, which has stood its ground in Cherry Creek for decades, is named for Bob "Chopper" Travaglini, the late, beloved Denver Nuggets trainer, and it's a real sports bar, with memorabilia and TVs hanging in every nook and cranny of the big space — bathrooms included. The menu includes not just bar chow, but big, manly steaks for those who are as serious about their meals as they are about their sports. This is not the place to go if your only mission is to get toasted — but if you want to toast the Nuggets' incredible winning streak, there's no better spot. Let the games begin!

The race for college basketball dominance in Colorado is on, and we're hoping it continues for years. This season, the CSU Rams lost their only head-to-head match-up with the University of Colorado, but on the whole, Colorado State had an excellent season, finishing second in the Mountain West conference and getting into the NCAA Tournament alongside their rivals from Boulder. And while some might point to the competition disparity between the Mountain West and the Pac-12, look again: Both conferences have five teams in the tournament, and the Mountain West had an average seed of eight, while the Pac-12 has an average seed of about nine. You decide which is more impressive.

Oh, what a sweet feeling it is to look forward to a Broncos season. It hasn't been that way for a while, either because of overt mediocrity or cosmic flukery of the Tim Tebow variety. Peyton Manning has changed all with his work ethic and his incredible skill set, not to mention durability (so far) that's surprised even some of those who were confident his neck wouldn't shatter after that first sack. And while the off-season has had its ups (acquiring Wes Welker) and downs (the Elvis Dumervil fax-gate debacle), the signs as a whole are more than positive. To put it another way, fans won't have to be wildly drunk to believe a long-delayed return to the Super Bowl is possible.