Fingers of the Sun

Dressed in thick tweed suits to match their infectious twee songs, the members of Fingers of the Sun have not only graced the Denver music scene with one of the most expertly crafted albums of 2011, but they've delivered plenty of eye candy, as well. From Nathan Brasil's mid-'60s slug mustache to Suzi Allegra's thrift-store dresses and Marcus Renninger's daring leisure suit and ascot, the band always looks theatrically sharp, strutting that fine line between Prada perfection and what Project Runway's Tim Gunn would describe as "costumey."

Best Band That Broke Up

You know a band was noteworthy if a number of its peers, based on word of mouth and having heard the music, say they wish they'd been able to see the band live before it broke up. That was the fate of Hot White, which, after roughly four years of existence, played its last show on September 26, 2011, with No Babies and Echo Beds. The band's raw, wiry energy and fearlessness, coupled with a complete disregard for any expectations, always made Hot White one of the most interesting and exciting outfits around. The threesome started as a twosome, with Kevin Wesley and Darren Kulback making instrumental noise rock, but the lineup came to include Tiana Bernard on circuit-bent devices before she started playing bass and doing archly intense vocals. A favorite of the underground cognoscenti and ever-increasing circles of fans of challenging music, Hot White will be sorely missed.

People still flip out when they learn they can check out a pigeon at the Museum of Contemporary Art Denver — and we don't mean that they can just see one; we mean they can check one out like a library book, then take it home — with the stipulation that they then let it loose. These birds, part of an ongoing project called Thinking About Flying by artist Jon Rubin, are trained homing pigeons, which makes them way more convenient than a book. We had our own fun with the project when Westword writer Jef Otte raced a checked-out pigeon to MCA on his bike (the pigeon, it turned out, took her own sweet time), but you can also find documentation of other pigeon experiences on MCA's website. Or just try it on your own, though time's running out: Thinking About Flying packs up and flies away after April 30.

That Mythica von Griffyn is a colorful character goes without saying once you've met her. That's partly because she holds down some of the rarest jobs on earth: She turns models into exotic birds, sidewalks into masterpieces and actors into the walking dead. And sometimes she simply is the walking dead, as a character herself in haunted houses. As a mistress of the paintbrush, Mythica seems to understand how the images she paints will mesh with the body's nooks and curves before she starts work — but even she admits it doesn't come without many hours of practice. As an award-winning chalk artist and especially a colorist, she shapes oversized patchworks of pure hue into recognizable images. It all fits in with her haunted-house career, part of her life since she was fourteen and took the job on a lark, eventually developing an obvious talent for making monsters as a makeup artist. Not your everyday occupation? Leave it to the professional. 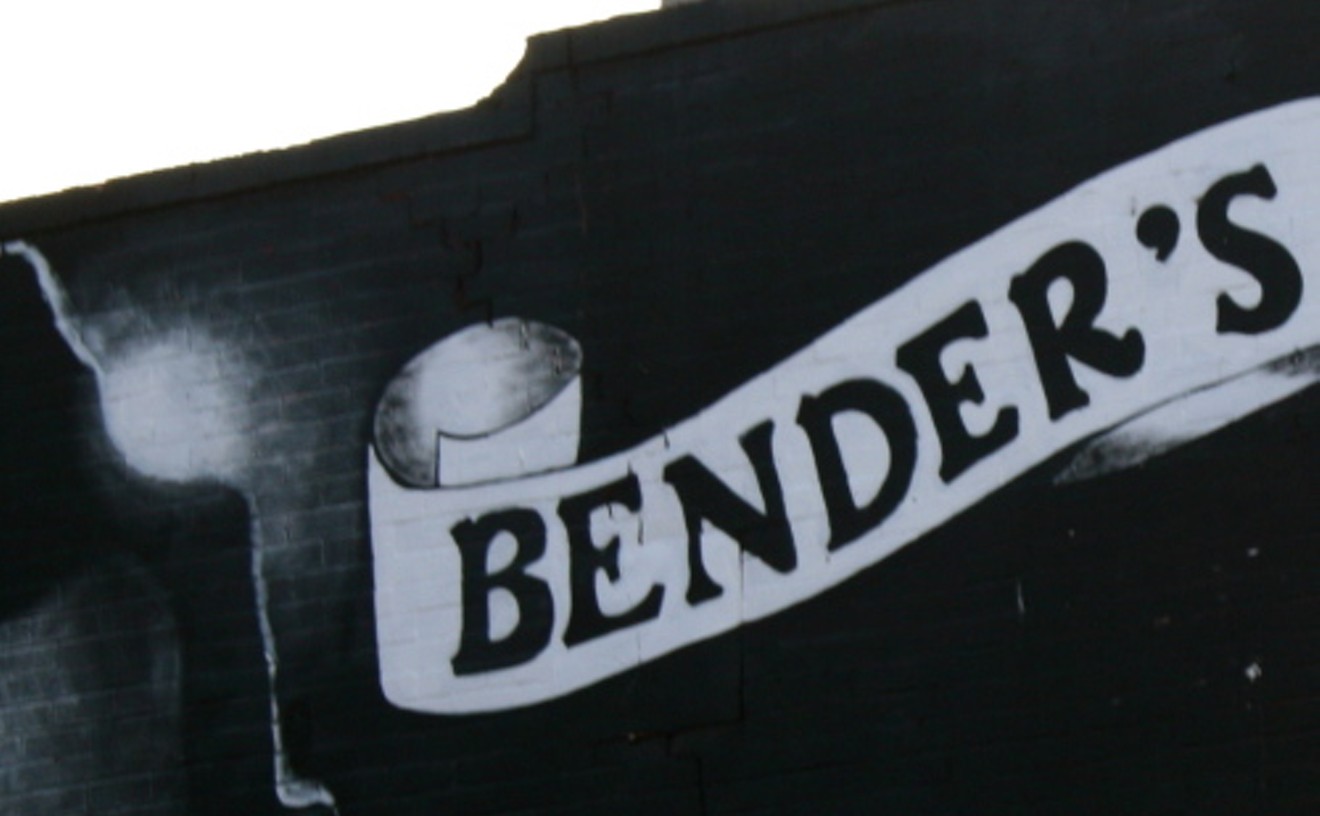