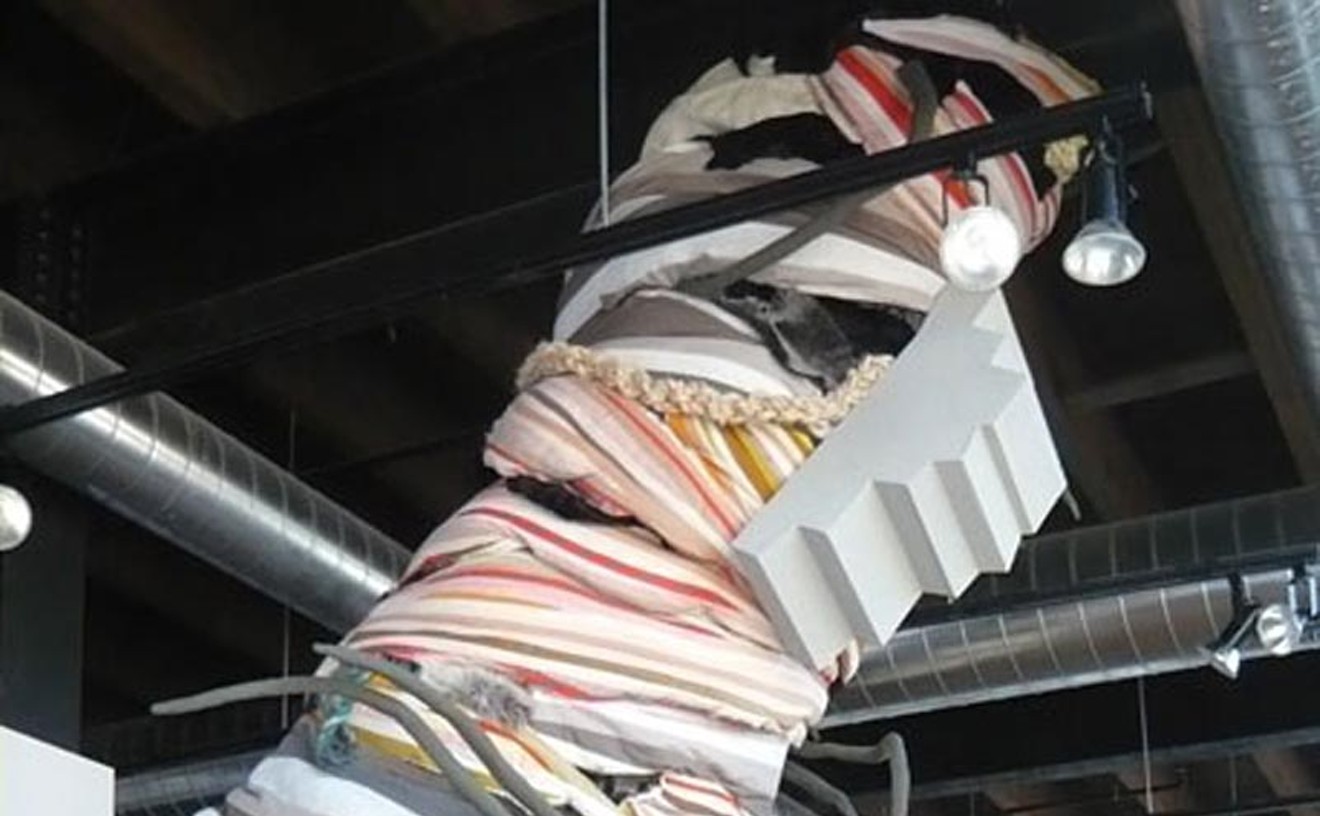 From cult classics to box-office blowouts, Keith Garcia makes sure that every film — even a dog — has its day. The program director at the Denver FilmCenter, he does exhaustive research, and he's willing to take a chance by booking movies that are unlikely to attract mainstream audiences. Garcia has put both the queer-advocate music documentary Who Took The Bomp? Le Tigre on Tour and the not-so-classic 1968 Elizabeth Taylor/Richard Burton flick Boom! on the big screen, as well as Mean Girls, Nightmare on Elm Street and more. And he curates his weekend late-night series, The Watching Hour, with incredible care, giving obscure, campy, serious, big-budget and art-house films equal play while pairing them with parties, special events, costume contests and other audience-participatory fun.

While other punk film festivals feature such predictable fare as The Filth and the Fury and The Clash: Westway to the World, capitalizing on the bands and the stories everyone has already heard, Mid-Winter Punk Film Festival organizers Sarah Slater and Molly Zackary embraced the true DIY nature of punk rock and gave us something completely unexpected yet ultimately delightful. Offering films like Downtown 81, Kill All Redneck Pricks and Born Into Flames, this series presented gems that had slipped through the cracks of history, only to be located by two true believers willing to forgo a commercial audience in favor of attracting those truly interested in discovering something new. Oh, and it all went down at the best little record distro in the city, Growler.

One of the star turns in the Overthrown portion of Marvelous Mud was the outrageous installation "Apoptosis," which was later reconfigured and deconstructed for Oxytocin: Katie Caron and Martha Russo at Ice Cube. Using ceramic blobs that were internally lighted and connected by wires, Katie Caron and Martha Russo made forms out of clusters of smaller shapes; the tangle of wires linked these different clustered forms together. The piece was meant to refer to the nurturing hormone oxytocin, which is associated with childbirth. This multi-part work played off Pendent Tendencies: Jerry Morris, a two-part ceramic installation by Morris, an art newcomer who created suspension pieces that defined environments — one about politics, the other religion. These displays were a fitting postscript to the "ceramaganza" displayed earlier at the Denver Art Museum.

The Aurora History Museum is puny compared to the gleaming History Colorado, set to open in Denver this spring. But what it lacks in size, it more than makes up for in honesty — and accessibility. Not only is the museum free to visit, it's also very free with the facts. Its exhibit about the city's founding, for example, is accompanied by explanatory plaques that reveal how cows would block traffic on "the dirt track that was Colfax" in Aurora's early days, and why an early-1900s town marshal assigned his pet parrot the job of protecting Aurora's only buckeye tree from "marauding children." The best plaque, however, could be the one that describes former Mayor Dennis Champine: "Rising from humble roots to become a successful businessman in Aurora, his term was marred by a minor criminal record, an investigation into nepotism and inappropriate behavior. In 1979, he punched the City Attorney in the face." Now, that's an honest plaque — if not an honest way to govern.

Best Gallery in a Garage

The trend in central Denver galleries, especially in RiNo, is to tout exhibit spaces as extensions of someone's home, as found at places like Hinterland and Pattern Shop Studio. But when Tran and Josh Wills rolled up the garage door on Super Ordinary last year, they inaugurated a new underground house-gallery: In the same space where their kids like to skateboard between exhibits, the Willses have launched a unique showcase for emerging and urban artists where every opening is an event and everything from cupcakes and beer to independent local fashions are rolled out along with the art. We like their homey hospitality and the DIY ambience, which fits right into the genre-jumping rhythms of RiNo. 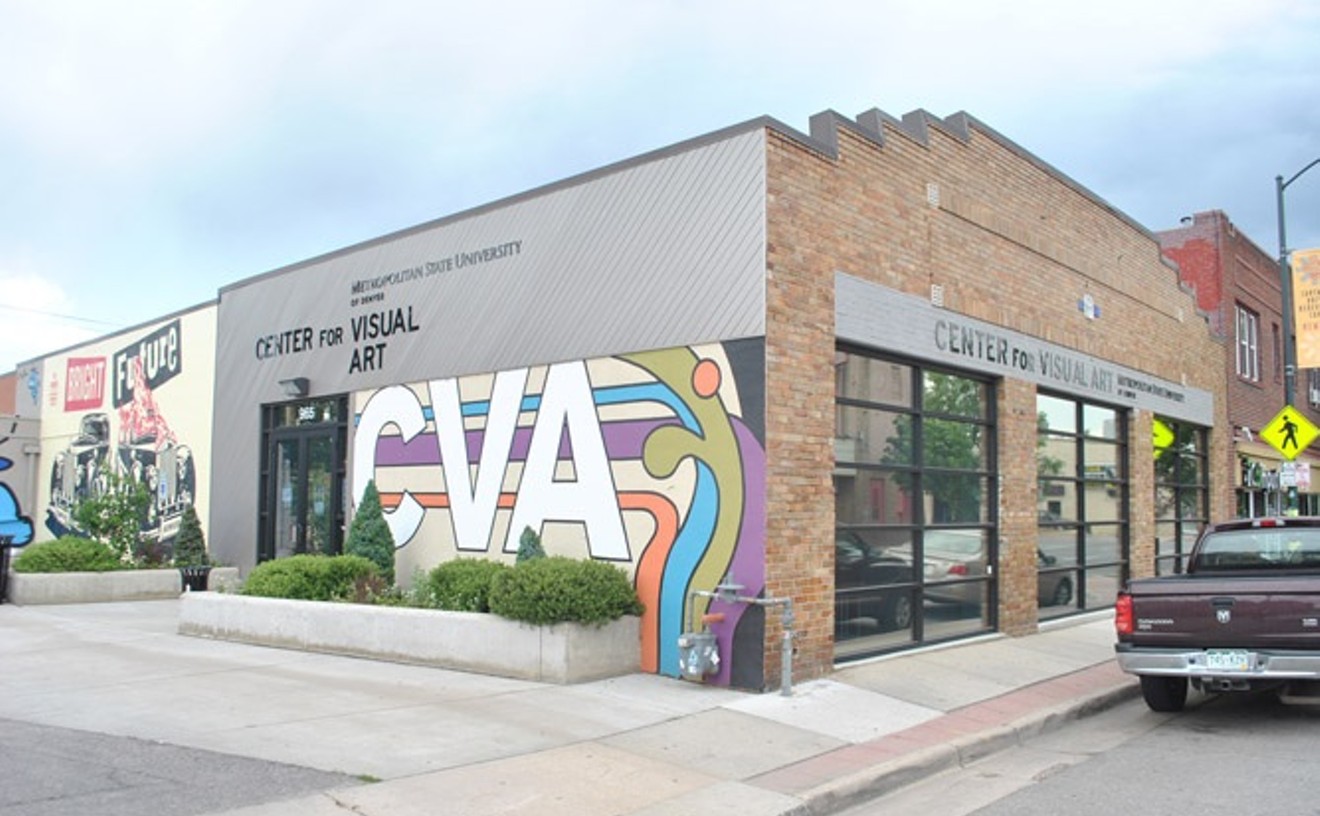 Many artists are interested in environmental issues, and former Center for Visual Art director Jennifer Garner brought a bunch of them together for Reclamation, an exhibit dedicated to art made from trash. Though a group show, Reclamation zeroed in on California artist Ann Weber, who weaves cardboard strips to make big abstract sculptures that have a monumental presence despite their modest materials. To supplement the Webers, Garner invited five Colorado artists — Brian Cavanaugh, Yumi Janairo Roth, Jon Rietfors, Terry Maker and Sabin Aell — who all work along similar lines, at least conceptually. The show provided striking proof that one person's trash really is someone else's treasure.