What started as semi-organized pickup kickball games and an opportunity to meet new people has morphed into a hard-rolling league that nonetheless doesn't take itself too seriously. Nonprofit recreational leagues are scarce these days, but the rowdy Denver Kickball Coalition manages to play some of the hardest kickball in town, drink beer and kick ass at around $20 a head for the season, which goes to uniforms, equipment and charity. League scores and standings are regularly updated online during the season, and team names can get a little crazy, like last year's Fighting Moose Knuckles, Pitches Be Crazy and Balls Deep. The DKBC also participates in charitable events throughout the year, donating to the Make-A-Wish Foundation and hosting an all-women tournament whose proceeds go to Girls Incorporated of Metro Denver. The season starts in April and ends in August; sign up by sending DKBC Kickball a message on Facebook.

Best Rec Center With a View 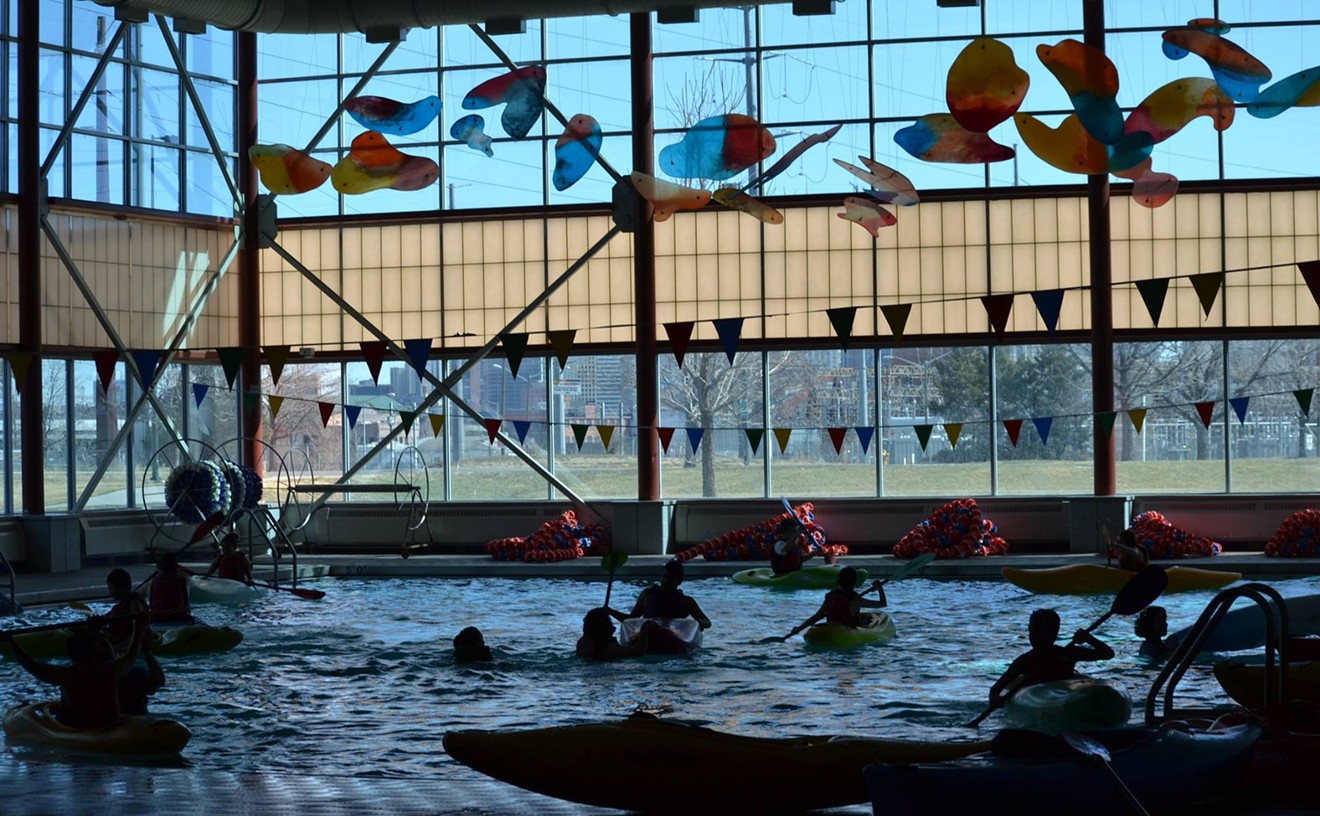 Rude Park Rec Center is a gem hidden within the often overlooked west Denver neighborhood of Sun Valley. Unlike many newer buildings in our quickly changing city, this modern structure actually takes full advantage of Colorado's sunny disposition: Windows adorn virtually all sides of the athletic multiplex, allowing light to pour in from every angle. The weight room has some of the best equipment found in the city's rec-center network, but it's the soaring panes of glass running along the length of the spacious workout area that make it outstanding. The indoor swimming pool is also awash in sunshine, surrounded by windows that face the downtown Denver skyline. Visitors to Rude Park get a view of the confluence of Lakewood Gulch and the South Platte River, as well as a dash of park greenery, a glimpse of cityscape and, of course, a little sight (and sometimes smell) of that good old Denver riverside industrial-plant wasteland, a gentle reminder that the Mile High City is both a beauty and a beast. 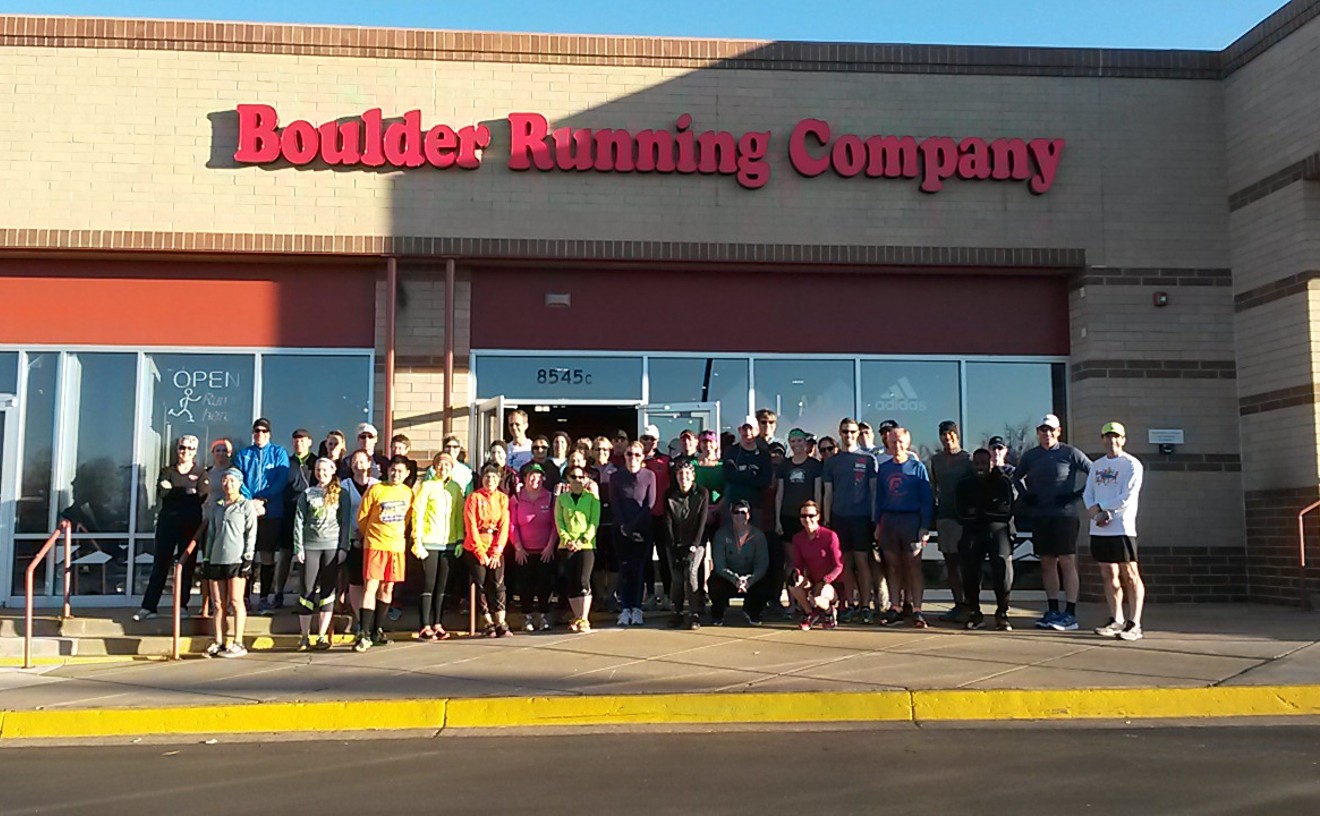 What type of runner are you? Are you a distance runner, focused on your feet connecting to the pavement and the pace you're maintaining? Or are you more of a fun runner, the type who's there more for the company than the marathon? Whichever category you fall into, Boulder Running Company's Greenwood Village store offers the best free outdoor workouts. On Saturday mornings, start your day with long runs that vary in distance but always start and end at the store. On Tuesdays, the weekly 3.1-mile group meets for "Pub Runs," with beer, brats and sometimes store discounts and demos. Lace up and decide what kind of runner you want to be this week. (Bonus: Check the Boulder Running Company's Facebook page for free pop-up fitness workshops!)

Working out can be the worst, but Brewery Boot Camp founders Paul and Lindsay Chavez know that the best way to get through it is to work toward a beer. Brewery Boot Camp is a $10 total-body workout held at breweries throughout metro Denver. The philosophy here is "Train hard, play hard," which means that after an hour of Bulgarian split squats and kettlebell swings on the taproom floor, you're rewarded with a happy hour. Participating breweries, including Dry Dock Brewing North Dock, Lone Tree Brewing Company and Rackhouse Pub, are spread out to serve the camp's large fan base. Brewery Boot Camp updates its website and Facebook page regularly so you can find your next boozy workout hassle-free.

Best Exercise at the Movies 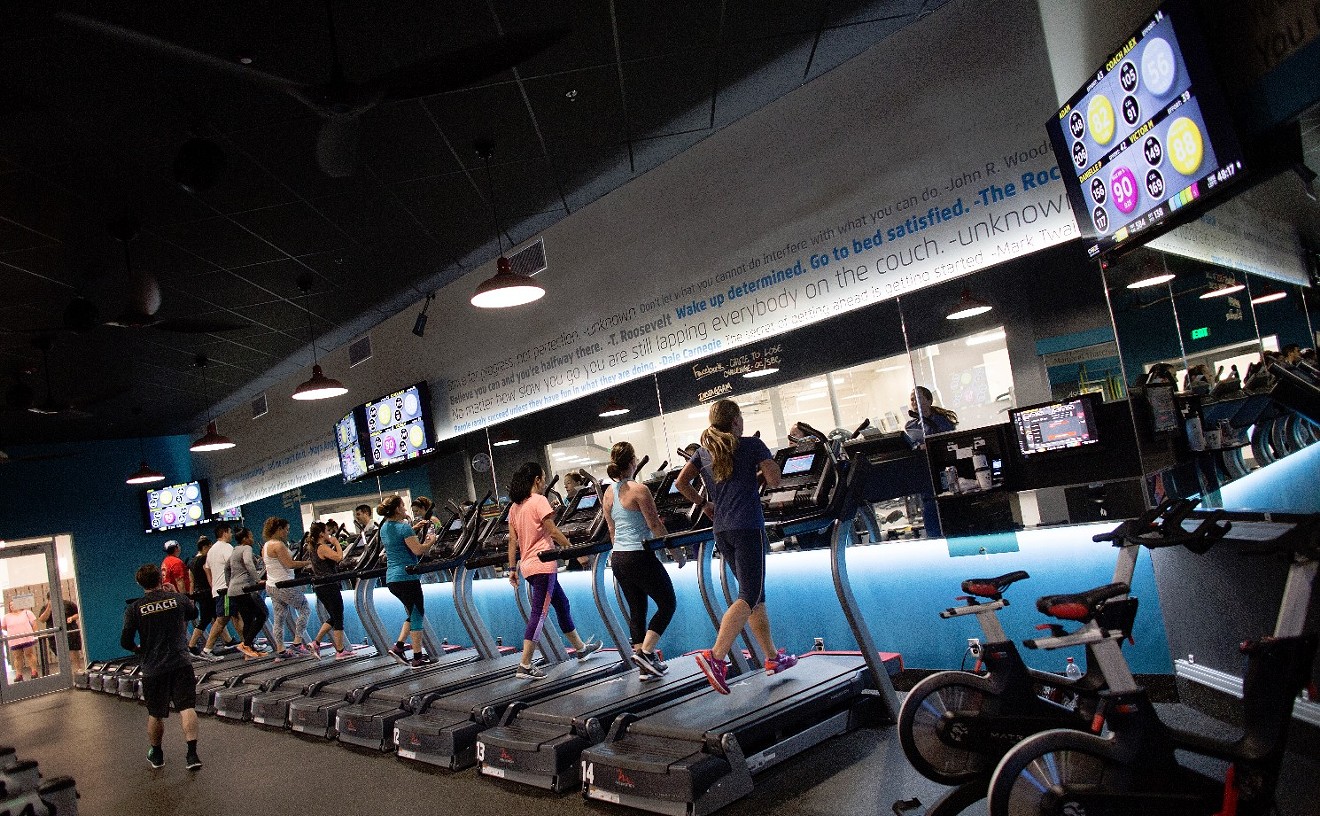 Chuze Fitness, a growing chain from California, made inroads into metro Denver in 2016 with new outposts in Westminster, Thornton and Littleton. Designed to be a multi-purpose fitness haven rather than a mere gym, Chuze offers such amenities as child care and Kids' Club activities, lap pools, hydro massage, numerous classes and — hard to find but at the top of everyone's list — ultra-cleanliness and reasonable prices. But the Chuze Cinema feature takes it over the top by providing a place to use fancy, state-of-the-art exercise equipment while you watch movies, which is way better than spinning in front of the TV in your basement. No Chuze in your neighborhood? Two new locations are expected to open in Broomfield and on South Monaco Parkway this summer.

You can always go to quieter courts like the ones at Eastmoor or Bible Park to practice your jump shot and work on your off-hand in peace, but if you're looking for a pickup game or are trying to be king of the court for a day, it's time to test yourself at Washington Park. Denver's most popular hangout in the summer is packed thanks to its volleyball nets, but there are many days from March to October when it's just as hard to get on the basketball court. Show up early, preferably with a group of five so you can keep the same team, and see how long you can last before someone runs you off. Practice your shot in your driveway if you're scared of getting dunked on. 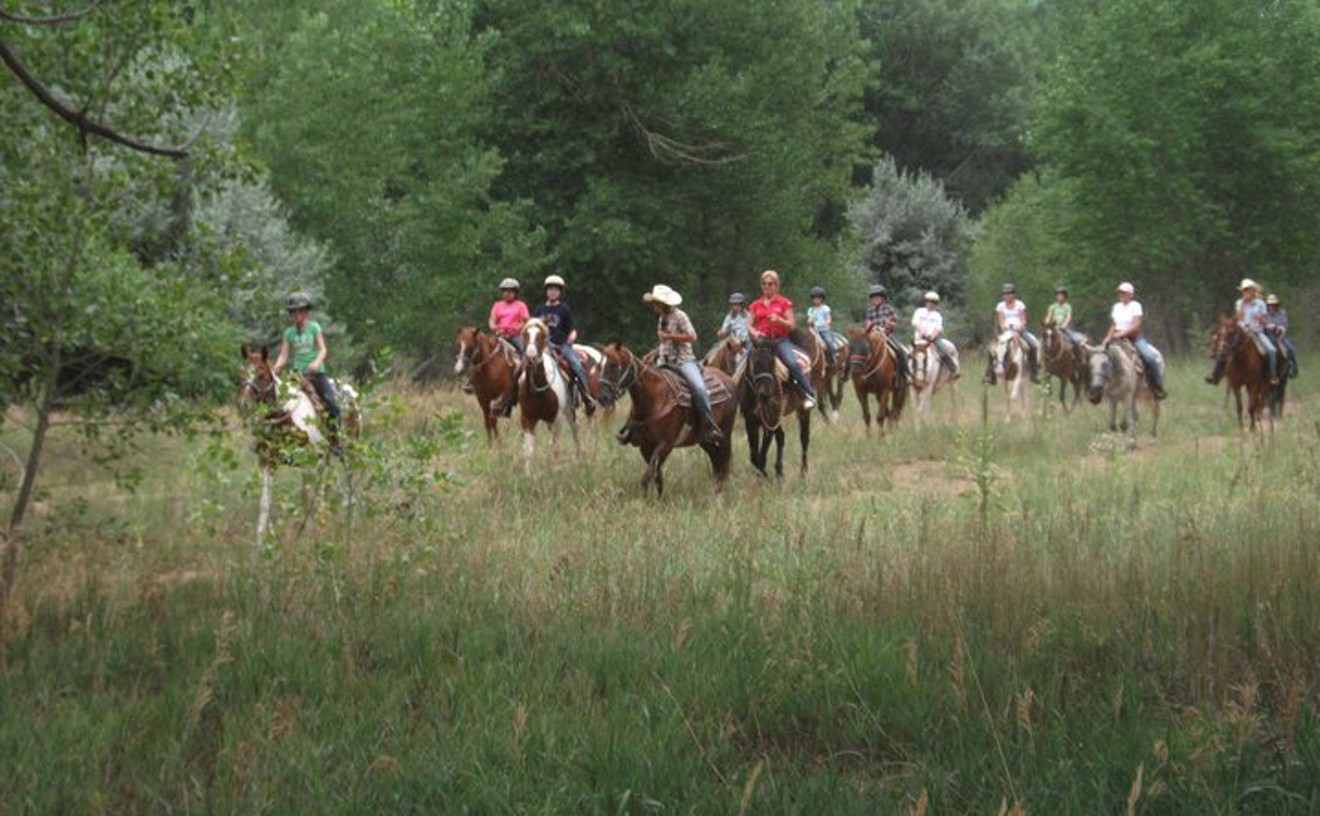 With trails spread across thousands of acres in the Roxborough Park area, nestled up against the foothills, Chatfield Stables offers horsey experiences for riders of every skill level, from kids who've never climbed aboard a pony that wasn't coin-operated to the most experienced hands. Since the Platte River runs through the area, there are water features aplenty, as well as forest terrain that often brings visitors into close proximity with the vast array of wildlife that calls Colorado home. As a bonus, the outfit's website includes a "Meet Our Horses" page, so you can get to know the steeds before you saddle up. If you'd prefer someone else take the reins, Chatfield offers a hay ride with a horse-drawn carriage. Get detailed directions to the stables on the same website.