Most Coloradans are familiar with the big energy-bar brands — Clif, KIND, Lärabar, Kashi. But over the past sixteen years, a Boulder company has steadily made its mark on the national scene. What began as a mother-and-daughter team experimenting with baking oat treats in their home kitchen in 2003 has grown into a 100-employee-plus company. In some ways, Bobo's Oat Bars are exactly what you'd expect from the Republic of Boulder — they're vegan, gluten-free and non-GMO — but they've also gained a dedicated following among climbers, hikers, skiers and more who appreciate their taste (there are more than fifteen flavors) and heft: All those wholesome ingredients result in a surprisingly filling snack. Bobo's Oat Bars are available at all major supermarkets in Colorado, as well as outdoor shops such as REI.

Denver Broncos kicker Brandon McManus may have had an up-and-down season in 2018-2019, but his fashion sense definitely splits the uprights. The Brandon McManus Collection, produced in conjunction with Boulder's Shinesty, is filled with whimsical designs on a Broncos theme, including the "Plaid Lad" blue-and-orange blazer, unisex overalls with the team's vintage "D" logo scattered across blue-striped fabric, and, best of all, the "Broncos Bulge Horse Ball Hammock Boxers," which juxtapose a blue-and-orange plaid body with a simulated horse-head crotch pocket. The looks are amusing, eye-catching and accessibly priced: The "I Need My Kombucha Navy and Orange Hammer Pants" go for just $19.99. Wear them and you'll definitely get extra points.

Von Miller may be the most prominent of the current Broncos on social media, but don't sleep on cornerback Chris Harris, who's far and away the squad's best pass defender. He tweets frequently and passionately, sharing his opinions about major sporting events in real time, offering unfiltered takes on athletic debates and even getting political at times: In a retweet of a Vox post about a racial massacre in Tulsa, Oklahoma, he wrote, "Must-watch: Learn your history." He's feisty, eagerly taking on all comers with the smarts he displays on the gridiron. Even Broncos executive John Elway isn't exempted: Harris responded to a story from The Athletic in which Elway shrugged off a question about extending Harris's contract by pairing the words "I missed this" with the thinking-face emoji. His tweets will give you second thoughts, too. 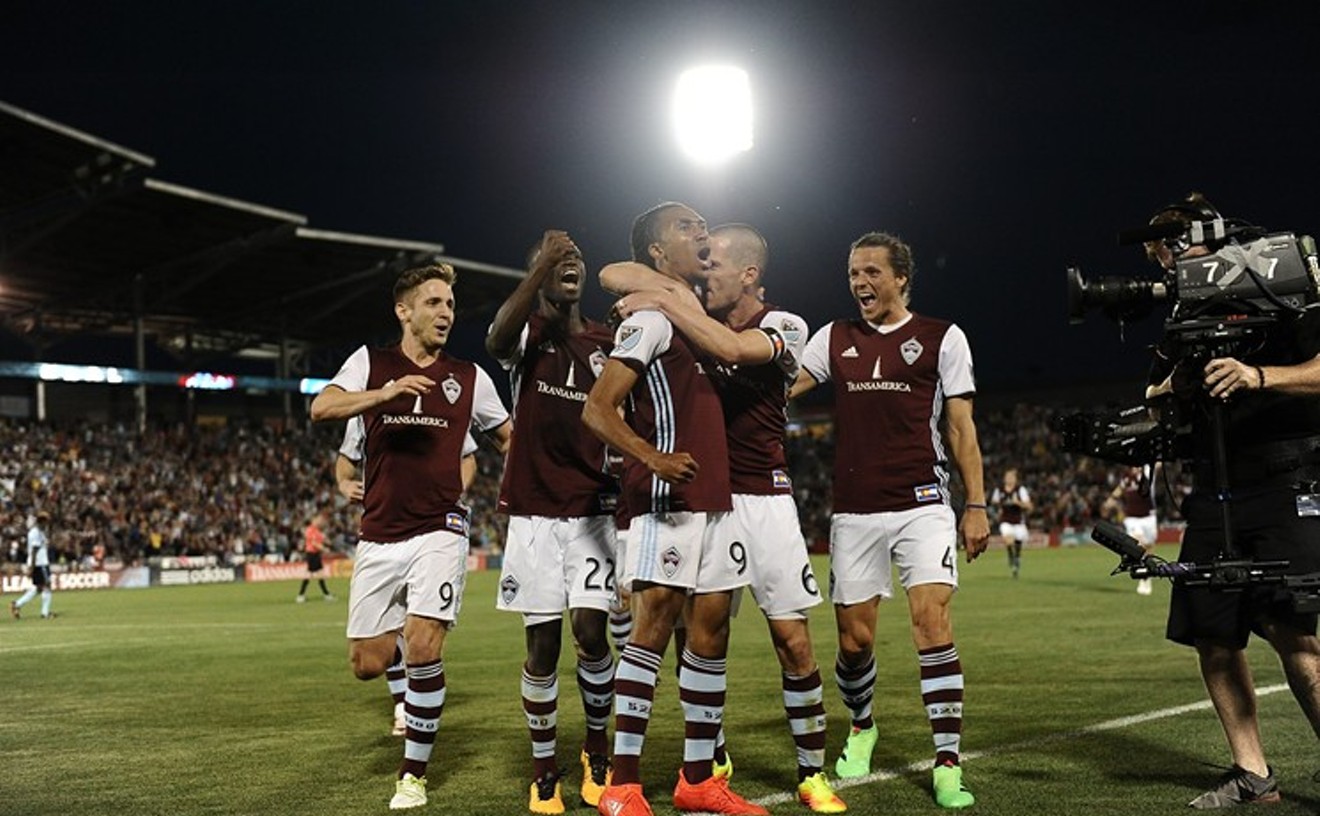 It's time to give the local eleven a shot. The Rapids already look like one of Major League Soccer's most-improved sides after a rough 2018 season, and the league itself has never been better. Gone are the days of American nobodies listlessly knocking the ball around with a few aging European stars; now the passing is crisp, the goals are well worked, and teams are full of diverse young talent from all over the world. It might have taken a couple decades, but the Rapids and their MLS rivals are finally playing the Beautiful Game at a level worthy of that nickname.

If Major League Soccer and the Rapids are a little too mainstream for your tastes — that is to say, if you're sick of the deafening 8,000-person crowds, exorbitant five-figure salaries and glamorous cable-access production values — Denver still has you covered. Founded in 2006, FC Denver is the giant of the amateur Colorado Premier League, with four men's teams, a U-19 squad and a new women's team set to begin play this year. The club's top men's team, FC Denver Premier, plays its home games at MSU Denver's Regency Athletic Complex, and tickets are $6 at the gate, with season tickets available for just $20. It's not the highest-quality soccer you can see in Denver on a given weekend, but it may be the most authentic. 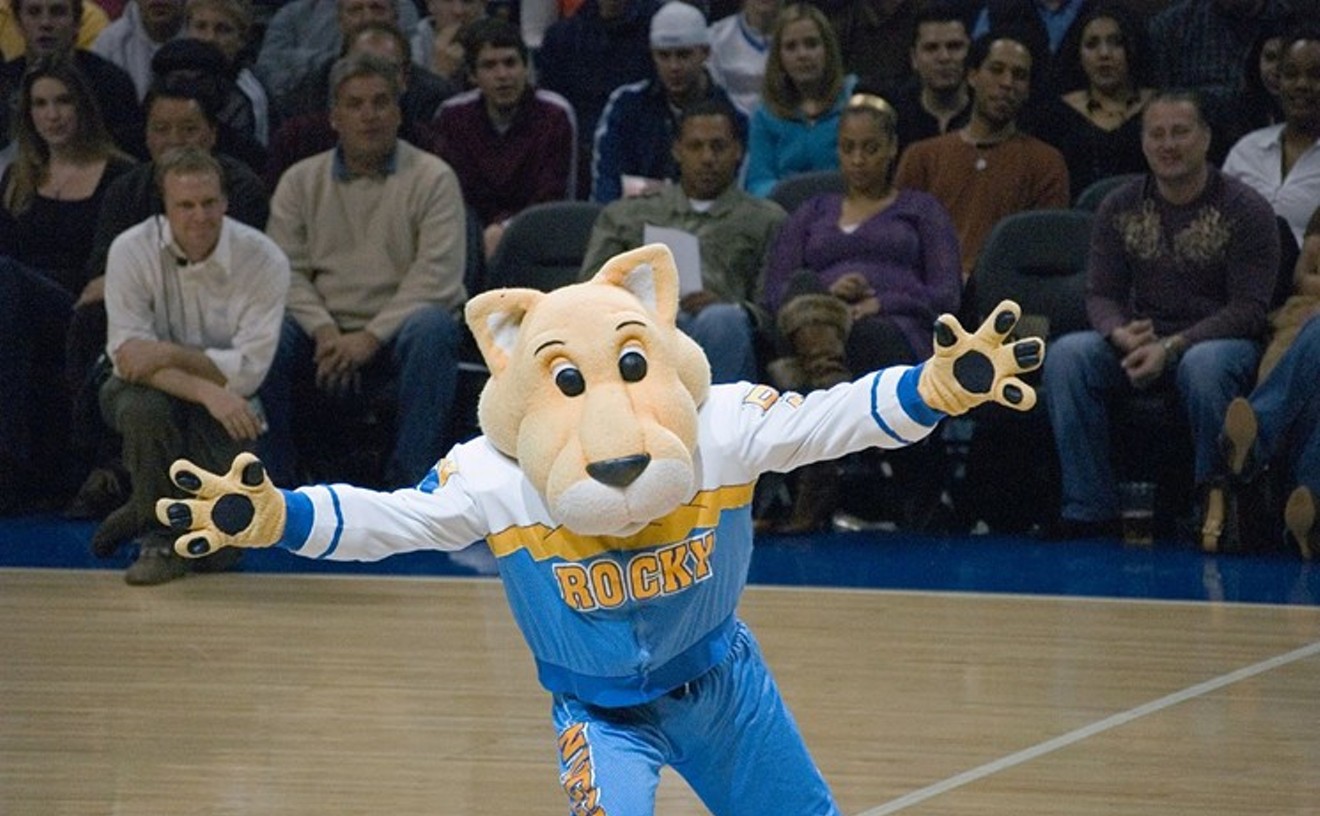 After a couple of promising seasons that ended just shy of the playoffs, the Denver Nuggets are the real deal in 2019, with a young, talented core led by first-time NBA All-Star Nikola Jokic and a supporting cast that seems to produce a new hero on a nightly basis. Thanks to this breakthrough, the players' appearances at the Pepsi Center have become raucous celebrations where the fun seldom takes a time out. The team store regularly highlights an "Item of the Game" at a deep discount — earlier this season, excellent Nuggets knit hats went for $7 — and giveaways, performances, contests and more take place every time the action stops. Add genius public-address announcer Kyle Speller; Rocky, the top mascot in professional sports; and ticket prices that start as low as $16, and you've got a guaranteed good time no matter the final score. 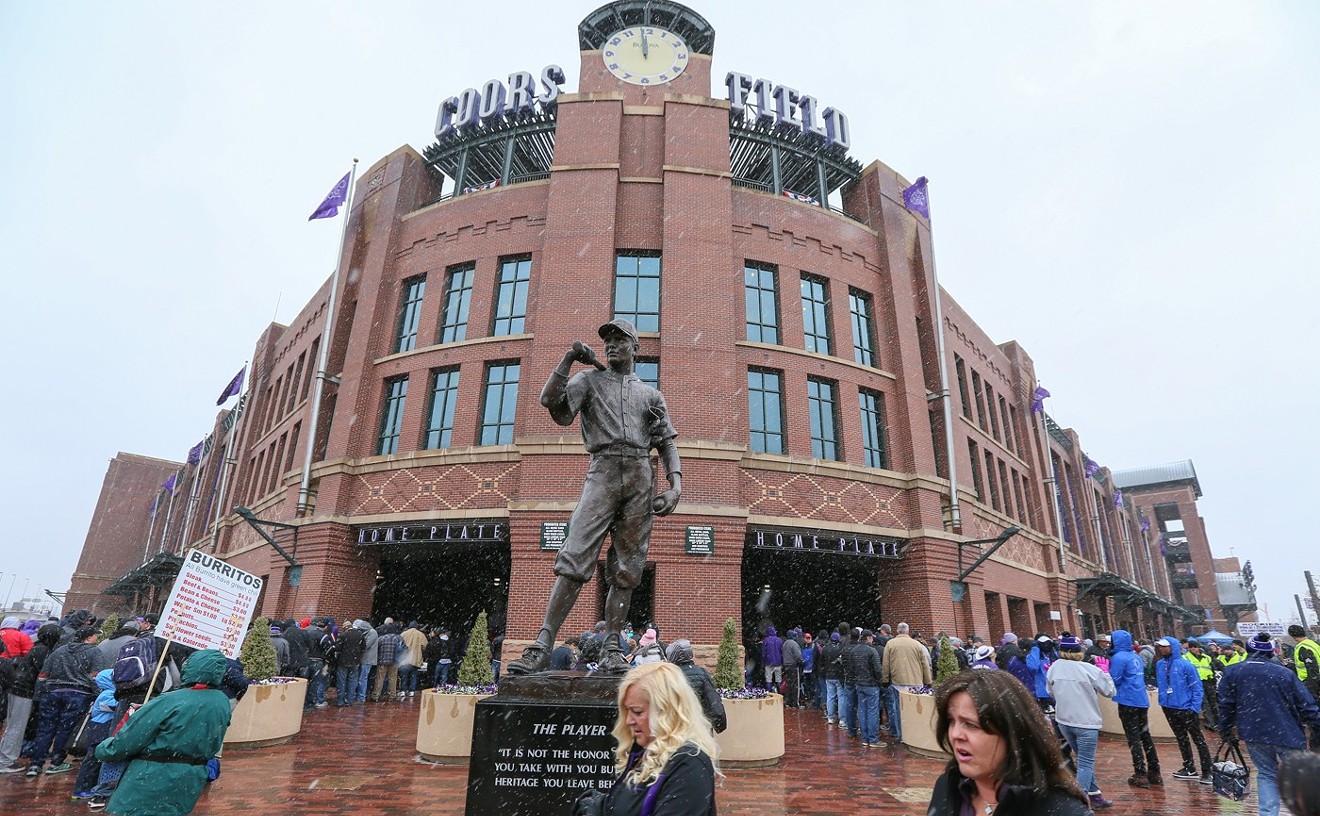 There's nothing quite like Opening Day in Denver. For baseball fans who've survived a snowy Colorado winter, the grass at Coors Field just looks greener the day of the Rockies' home opener, which is set for April 5 this year. The team ought to be in the thick of the playoff race, so expectations will be high come first pitch. Just be sure to wear an Arenado jersey to show your appreciation for the All Star's re-signing with the Rockies. Batter up!

Best Tickets for a Rockies Game

The Rooftop at Coors Field

Baseball can feel very slow at times. Recognizing the downside to America's pastime, Coors Field turned part of the stadium into a party. The Rooftop allows baseball fans the opportunity to watch a game while moving in and out of three bars high above the field, all for an easy ticket price of $16, which includes $6 in concessions credit. It's best to get there early and claim a spot along the railing for you and your friends to post up; otherwise, you'll be stuck holding your beer the whole time and trying to watch the game through the throng in front of you. 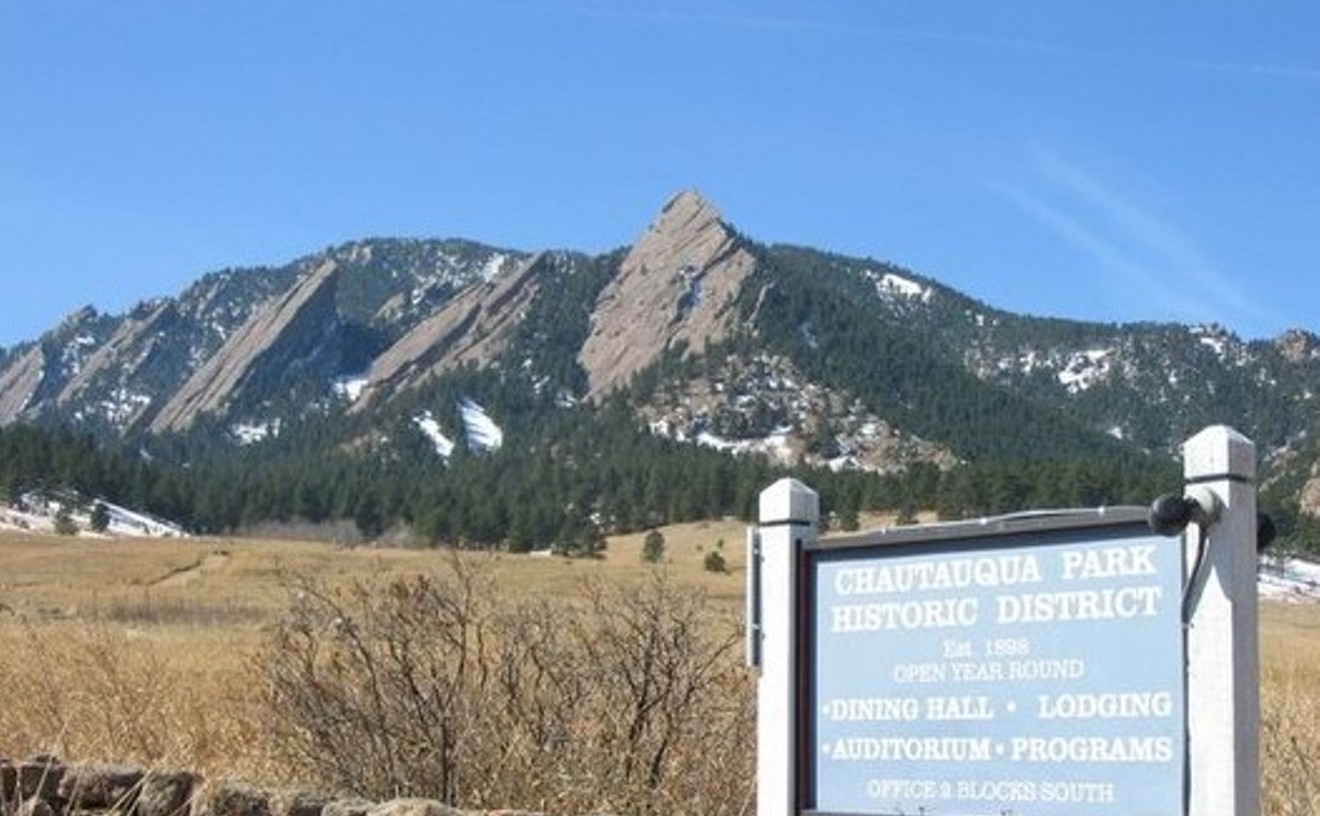 The jaw-slackening angle on the Flatirons offered by Chautauqua Park helps explain why locals have been drawn to the attraction since 1898, when the city purchased these eighty acres of land. But its location, only a short distance from the University of Colorado, is just as much of a lure for students, who make up a sizable chunk of the crowds that can be found enjoying the park's amenities, including a picnic area, a playground, tennis courts and (in a very Boulder touch) a "Demonstration Garden." Long before recreational marijuana sales were legalized in Colorado, plenty of CU enrollees (and many others) used a certain herb to enhance this experience, and that's continued to this day. It's regularly Colorado's stoniest hike, and we're not talking about the geology.

The Clear Creek Trail in Golden provides the perfect combination of nature walk and urban experience. The city's trail system spans 24 miles, offering alternate access to neighborhoods and open-space areas alike. But the gateway to the system is just steps from Golden's downtown, giving folks an opportunity to stroll along a waterway that, during warm weather months in particular, seems to be constantly bustling with activity. Kayakers are able to practice their moves a short distance from shallow areas where families congregate to get wet and cool off. Strollers can eyeball displays in the Clear Creek History Park, too, and parking is a snap, with free lots nearby. It's a perfect capsule of everything that's great about living in Colorado.